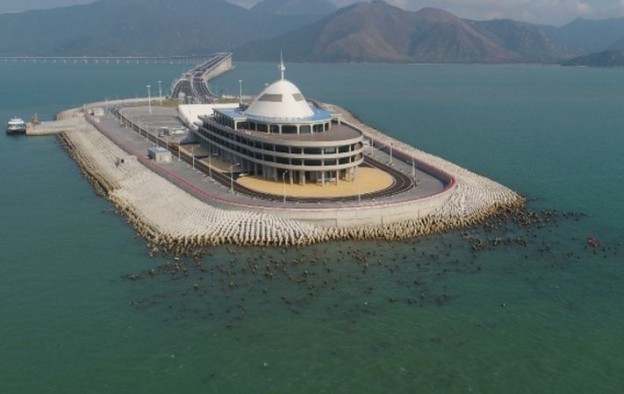 The opening ceremony for the Hong Kong-Zhuhai-Macau (HKZM) Bridge is to the held on Tuesday, October 23, according to a reported official announcement. The infrastructure provides for the first time a direct-line road link between Macau and the major international transport hub of Hong Kong International Airport, across the Pearl River Delta.

The Beijing authorities provided no further details regarding the bridge. It was not clear whether the structure would open to the public on the same day.

The HKZM Bridge (pictured in an archive photo) spans 55 kilometres (34 miles) and is the longest sea-crossing bridge in the world. There have been claims it will slash journey times between Hong Kong, Zhuhai and Macau, so that any road journey between those places could be completed within an hour.

A three-day trial run of bridge operations by the governments of Hong Kong, Zhuhai and Macau began in late September. The drill tested the cross-boundary facilities and road links, according to authorities.

An aggregate of 100 local operators – 40 from Macau and 60 from Hong Kong – will have permission to run light vehicle passenger services between Hong Kong and Macau. Macau’s Transport Bureau announced the award of its 40-strong quota earlier this month.

One licensed bus service announced this week that it will take passengers between Kowloon, Hong Kong and several casino resorts of Sands China Ltd on Macau peninsula and Cotai. The service, “One Bus” revealed on Tuesday its planned route, fares and daily runs.

A number of investment analysts covering the Macau gaming industry have said it was unlikely that the opening of the new bridge would bring an immediate boost to casino business for Macau gaming operators. They cited complexity around the rules about who can use the bridge and the fact that visitor trends for Macau as a destination are not likely to change over the short term.