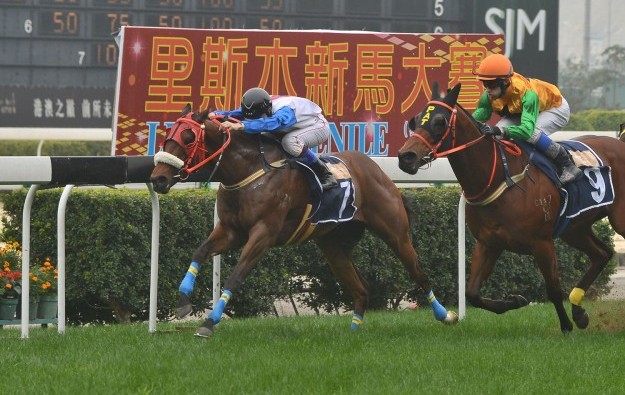 The Macau government says that the Macau Horse Race Co Ltd, which runs the Macau Jockey Club, must pay MOP153 million (US$18.9 million) in backdated dues within three years, or risk termination of its recently-extended operating rights.

The government had “found” in 2015 that the concessionaire’s side owed it “MOP200 million,” dating back to a period running from 1997 to 2005, said Lionel Leong Vai Tac, Macau’s Secretary for Economy and Finance, in comments to local media on the sidelines of an event on Wednesday. Mr Leong did not explain the circumstances in which the government became aware of the debt.

But he added: “After we discovered this [outstanding] amount, I asked [the company] in 2015 – when we were dealing with the [horse racing] concession – to repay the government in 10 years, which would be MOP20 million per year.”

The outstanding money included payments to a pension fund the government maintains for civil servants, unclaimed prizes in relation to concession operations and money payable to the city’s Social Welfare Bureau.

“In 2018, [the Macau Horse Race Co] proposed an increase in investment and expressed the wish to continue operation. As a result, we told them to first repay the remaining overdue amount within three years… This means that they have to pay MOP50 million each year for three years,” the Secretary said.

He added that the extended concession contract would be terminated if the Macau Horse Race Co failed to pay the outstanding debt in three years.

The Macau government recently granted the Macau Horse Race Co a 24-years-and-six-months extension of the latter’s horse racing betting concession. The decision came after the company proposed investing MOP1.5 billion in improving the facilities at the racetrack site, and increasing the amount of non-gaming facilities.

Mr Leong also mentioned on Wednesday that the Macau government had since 2002 been exempting the Macau Horse Race Co from paying what he termed a “fixed annual tax” of MOP25 million; understood to be a reference to a fixed annuity due to the government from the concessionaire. The concession contracts filed with the local gaming regulator, the Gaming Inspection and Coordination Bureau, mention that for the period 1999 to 2005, a fixed annuity of MOP30 million had been payable. In 2005, when an extension had been granted to the same company regarding the horse race concession, the fixed annuity was reduced to MOP15 million, and payment had again been exempted annually.

“Therefore, either the Secretary of Economy and Finance or the Chief Executive had granted the company partial or full exemption from paying the fixed annual tax [the annuity] since 2002,” said Mr Leong in his Wednesday comments.

The Secretary stated that the exemptions were granted following the petition from the Macau Horse Race Co each year, claiming that it was running at an annual loss.

But he did not clarify either to what the tax applied and whether such taxes and exemptions were applicable following the most recent extension of the concession.

According to the 1997 amendment to the concession contract, Macau Horse Race Co had to pay the civil servant pension fund annually 1 percent of the total amount of horse race betting turnover each year. The company also had to allocate a sum to the Macau Department of Social Welfare – the predecessor of the Social Welfare Bureau – the equivalent of 1 percent of the annuity due to the government. Both requirements were abolished when the concession contract was amended in 2005.

The Secretary also mentioned a requirement that the Macau Horse Race Co pay “a certain percentage of gaming tax” if its annual betting turnover was more than MOP2.5 billion.

The current concessionaire – which last made a profit in 2004 – had accumulated losses of more than MOP4 billion as of the end of 2016, according to the firm’s 2016 results, the most recent annual results published in Macau’s Official Gazette.

As of calendar year 2017, horse racing betting accounted for only 0.04 percent of Macau’s overall gross gaming revenue. Most of the balance comes from the casino industry. Other non-casino segments are greyhound racing betting, sports betting, and lotteries.

Most of Macau’s casino operators are likely to generate positive free cash flow in the first quarter, given the robust recovery level of mass-market gross gaming revenue (GGR) in January, relative... END_OF_DOCUMENT_TOKEN_TO_BE_REPLACED