Hotel hosting MegaLuck casino Jeju to be disposed of 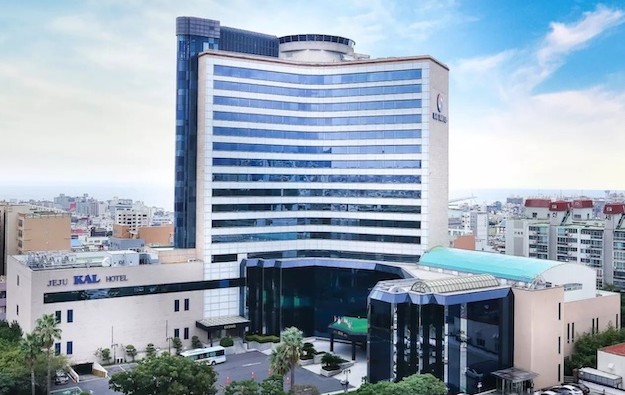 The operator of the Jeju KAL Hotel (pictured), in Jeju, South Korea, intends to dispose of the property, according to a letter sent by the hotel’s management to a labour union, and seen by GGRAsia.

The step raises questions about the future location of MegaLuck casino, a foreigner-only gaming venue within the hotel.

MegaLuck is run by Hong Kong-listed New Silkroad Culturaltainment Ltd, which refers to the casino as its “entertainment business”. That segment recorded no revenue in the six months up to June 30 last year, according to the operator’s interim report, filed in September. That was its most recent set of published results.

Jeju,which has a number of foreigner-only casinos, has like other Asian tourism destinations seen its inbound foreign tourism business severely affected by travel restrictions linked to the Covid-19 pandemic.

In full-year 2020, New Silkroad booked only HKD391,000 (US$50,148) in revenue from external customers for its entertainment business, and made a segmental loss of HKD64.8 million.

GGRAsia approached the management at MegaLuck and also New Silkroad, regarding the information given to the union about disposal of the hotel, but they declined to comment.

KAL Hotel Network Ltd (KHN), the hotel’s operator, said in a January 4 letter to the Jeju Tourism Service Labour Union’s KAL Hotel branch, that a decision to dispose of the hotel had been made by KHN’s board on December 23, “to overcome its financial difficulties”. The letter did not detail either the timing of the disposal, the name of any acquiring entity, or any consideration that might be involved.

As of Tuesday, the hotel’s room-reservation website was accepting bookings only up to the date of March 31.

According to a union representative spoken to by GGRAsia, the lease contract between MegaLuck and Jeju KAL Hotel is renewable annually, with six months’ prior notice required for termination. The hotel’s current operator notified the casino’s management in September last year, regarding the possible disposal of the property, according to the union.

The leader of that union branch told GGRAsia that circa 60 MegaLuck casino workers who are not actually union members, have approached it, expressing concern about the future of their jobs.

A representative at Korean Air Co Ltd, KHN’s parent company, told GGRAsia by telephone, that the timetable for the disposal process was not yet fixed.

Most of Macau’s casino operators are likely to generate positive free cash flow in the first quarter, given the robust recovery level of mass-market gross gaming revenue (GGR) in January, relative... END_OF_DOCUMENT_TOKEN_TO_BE_REPLACED