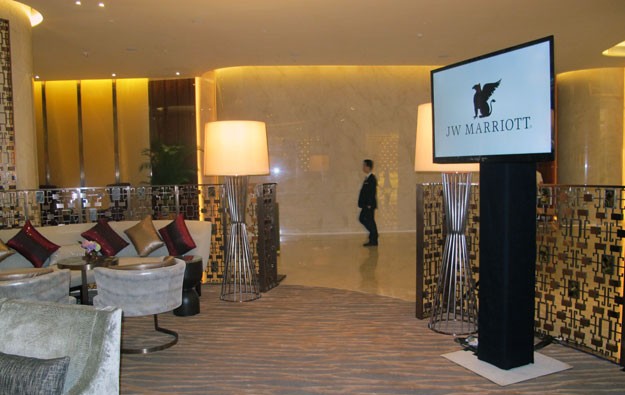 The occupancy rate at Macau hotels during the summer holidays – understood to mean a period coinciding with the end of the school year across the region – is likely to exceed 90 percent. The city is also expected to see a “double-digit” increase in the number of visitors during the period, said Maria Helena de Senna Fernandes (pictured), director of Macao Government Tourism Office (MGTO), in comments to local media on Monday.

Speaking on the sidelines of an event, the MGTO chief remarked that “summer” period was high season for hospitality business in the city, with the occupancy rate of the hotels generally reaching about 95 percent in the period.

“Compared to [the summer months] last year…I believe there could even be a slight increase [in occupancy rate] this year,” Ms Fernandes told the media.

Occupancy at all types of local hotel reached 92.7 percent for the first five months of 2019, representing an increase of 2.0 percent compared to the same period last year, according to the latest Macau Hotel Association’s survey published by MGTO. The average nightly room rate across Macau’s hotels stood at MOP1363.20 (US$169.70) for the January to May period this year, 2.1 percent higher than a year ago.

Lsst year, the July occupancy rate was 92.4 percent and that for August 94.7 percent, according to Macau Hotel Association data. For those months last year, five-star hotels – accounting for a majority of Macau’s hotel rooms – occupancy was 94.2 percent and 96.4 percent respectively.

The MGTO chief also acknowledged some change in travel patterns among mass-market Chinese visitors on package tours to Macau. The opening of the Hong Kong-Zhuhai-Macau Bridge in October meant some where now choosing to stay overnight at hotels in Zhuhai on the Chinese, mainland – probably for cost reasons she said – and then making day trips to Macau.

“The Hong Kong-Zhuhai-Macau Bridge enables them [Chinese package tour groups] to go directly to Zhuhai from Hong Kong: they stay a night in Zhuhai, then head to Macau the next day, and return to Zhuhai within the same day,” Ms Senna Fernandes explained.

She said this appeared to account for the rapid increase in same-day visitors to the city this year. She noted prior to the bridge, package tour visitors often stayed overnight in Macau following a ferry trip from Hong Kong, and had a tour of Macau the next day before their return trip to Zhuhai.

“I believe the cost concerns – especially that on the hotels [in Macau] – have driven this change in travel pattern, and this pattern will continue,” Ms Senna Fernandes said.

Macau’s casino gross gaming revenue (GGR) for the first five days of February is estimated at MOP1.9 billion (US$235.1 million) – or MOP380 million per day – a level that suggests a “45... END_OF_DOCUMENT_TOKEN_TO_BE_REPLACED