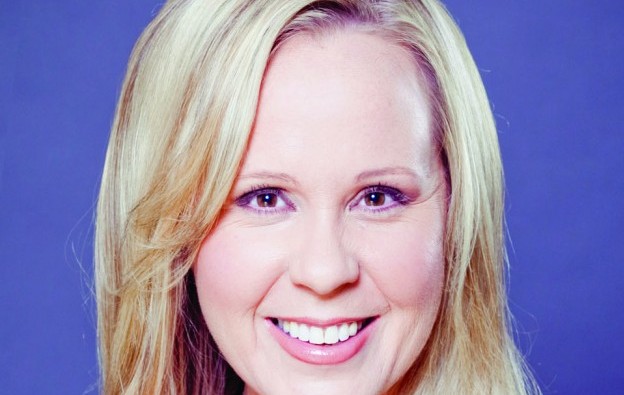 If knowledge is power, then members of IAGA – the International Association of Gaming Advisors – typically have much of both.

Since the educational and networking body for senior advisors and rising stars of the global casino gaming industry was set up in 1980 – in Nevada, in the United States – it has been seen by some outsiders as having a membership that is largely male, white, American and from a law profession background.

But that has changed in recent years and is likely to change further, under the guidance of its recently appointed executive director Kirsten Clark.

Ms Clark (pictured) told GGRAsia in an interview that she wants IAGA to connect more effectively with senior and rising figures in gaming jurisdictions away from its North American roots.

“At G2E [Global Gaming Expo] Asia in May, we’re going to be doing quite a bit of specific targeted outreach, to Asian casino operator representatives [and] some people from the Asian financial services advisory side,” Ms Clark explained, referring to IAGA’s plans for the Macau-based industry trade show and conference.

“IAGA has had a North America-based leadership thus far, and it has done a great job. But the centre of the gaming world has shifted and our voice needs to reflect that,” she explained.

IAGA aims to play a key role in the conversations between the industry, regulators and governments on central issues such as best practice and the direction of a high-quality entertainment-based industry that offers safe, well-regulated products while being an effective economic partner for its host jurisdictions.

Ms Clark also wants to ensure that some other key messages about IAGA reach those connected to or interested in the casino industry. They include the fact that the association embraces all industry advisors, not just attorneys. It also welcomes women leaders as well as male ones.

“One of our key initiatives is on emerging leaders – focusing on the next generation to head the industry. That is about to debut soon,” she said.

At this year’s G2E Asia, IAGA is to host a networking event enabling Asian representatives of the industry to meet existing IAGA members.

“We are going to be specifically identifying key players throughout the region that would be interested in helping drive the next generation of conversation about the industry and determining where – as an industry – we go,” stated Ms Clark.

It additionally welcomes members from finance industry backgrounds, including the sort that put capital projects or leveraged buyouts in place, even if those individuals are not otherwise linked to the management of the industry. The association also counts among its ranks gaming regulators.

Ms Clark told GGRAsia: “Each market has its unique aspects, its own challenges that it has to deal with. But there are strong commonalities between a lot of the issues. There’s a benefit from high level dialogue and getting everyone in the room at the same time, and using these discussions to move critical issues forward.”

She added: “IAGA is also for the next generation of leaders – the people that are going to be in those [senior] positions in 10 or 15 years from now – so they can have conversations focused on hot topics from a global perspective.”

Referring to her ambitions for IAGA, which she joined in mid-November 2014, Ms Clark explained: “As with many organisations that start out in the U.S., it can be hard for them to branch out and become relevant and have appeal to international markets. Fortunately the bulk of my career in the gaming industry has been focused internationally.”

She added: “I think the compelling story is where IAGA came from and where it’s going. Our organisation is not aligned with a trade show; rather, it is focused on providing educational and networking opportunities for its members and the industry through thought-provoking summits and other global seminars and briefings.”

Ms Clark said that while the media are welcome to attend IAGA’s summits, such events are not specifically targeted at them. Possibly for that reason, IAGA events do not have as high a public profile as some other industry conferences.

“Prior to being offered the executive director position, I attended IAGA’s annual International Gaming Summit when it was held in Philadelphia last October,” Ms Clark told GGRAsia.

“I went to Philadelphia somewhat sceptical about the overall value of such an exclusive conference… I was very pleasantly surprised,” she explained.

“Not only was I impressed with the calibre of the people attending and participating, but also because every session I attended – and I attended all of them – was thought-provoking,” she explained.

The message about the usefulness of IAGA is already spreading in Asia. A large delegation of government officials from Cambodia attended IAGA’s October summit. In June 2014, the country’s administration said it planned to legislate on its casino industry – possibly including an enabling law for online gaming – in order to try and attract further overseas investment.

“The summit allowed those Cambodian officials to hear some of the conversations going on around the world, and so they could get some contacts to get additional guidance for what they’re looking at doing within their own country,” stated Ms Clark.

“There are equally many markets in North America that would be well-served by learning about some of the things that have worked in Asia… There really is a lot of education and knowledge out there that could be much more broadly shared,” she asserted.

Most of Macau’s casino operators are likely to generate positive free cash flow in the first quarter, given the robust recovery level of mass-market gross gaming revenue (GGR) in January, relative... END_OF_DOCUMENT_TOKEN_TO_BE_REPLACED