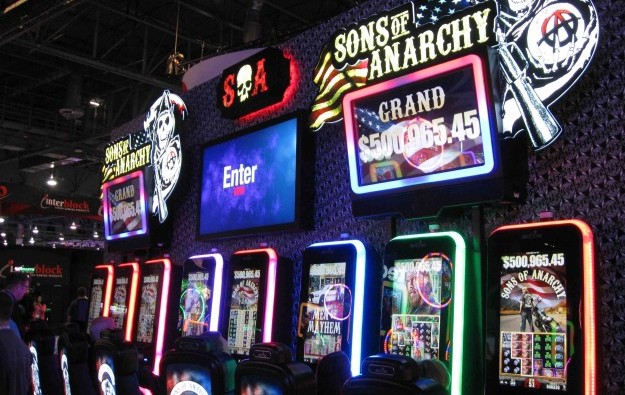 ICYMI – which means ‘in case you missed it’ for the uninitiated or older reader – Global Gaming Expo (G2E) 2014 in Las Vegas heard much discussion about the ‘Millennials’, also known as ‘Generation Y’.

They are terms used by marketing professionals to describe people who came to young adulthood around the year 2000. Now in their 20s and early 30s they typically have more disposable income than do currently their predecessors – known as Generation X – many of whom by now have moved into the child rearing and homemaking phase of their lives.

What really makes Millennials different from previous generations however, says David Chang, chief marketing officer of Gamblit Gaming LLC, a technology provider for online and interactive digital entertainment, is that they typically have a shorter attention span, a greater desire for interacting via social media and a greater capacity or at least preference for doing several things at once, than the generations before them.

That creates a challenge for casino gaming machine content providers and casino operators keen to capture the Millennial market segment of consumers now, as slot machine gaming is typically seen as an immersive, solitary experience.

“Five years ago we were having a Facebook privacy debate. No one has that [debate] any more. Everybody is living online, sending Snapchats to each other; they’re shooting videos of their lives. Fundamentally a Millennial is someone who lives socially,” added Mr Chang.

One feature developed by Bally Technologies Inc gives the chance for all players – including Millennials – to celebrate a slot machine win with their friends. It allows filming the player’s face via a camera in the slot cabinet and then combining that with a video recording of the actual win sequence, which can be sent via social media to their friends, says Bryan Kelly, senior vice president, technology, at what’s known as the Bally Innovation Lab.

“[It’s] One of the things we’ve done with our display manager technology,” explained Mr Kelly.

“People love to brag about their wins… So when they win on our bonus games… we screen capture that, and ask the patron if they want to be able to post that out to the social [media] sites,” he told the G2E seminar session.

Even if this doesn’t sound like your idea of a good time, in the U.S. there are too many of these socially minded young adults for marketing people to ignore.

Mr Chang says official data suggest there are 77 million Millennials in the U.S. – around a quarter of the population.

“That means they are bigger [more numerous] than the [post Second world War] Baby Boomer generation that seems to be the core [slot] gaming demographic today,” said Mr Chang.

“They [Millennials in the U.S.] are already commanding an estimated US$1.3 trillion annual in direct purchasing power… I think you [the casino industry] would be wise to start looking at this demographic and paying attention,” he added.

Jamie Odell, chief executive of slot machine maker Aristocrat Leisure Ltd, based in Australia, has a different perspective on Millennials. At a keynote session on Wednesday featuring gaming technology industry leaders, he hinted that certain activities – such as casino gaming – might be things that people do more as they mature.

“I come from a liquor background,” he told G2E delegates. “And the liquor industry has spent years and years trying to get 20 year olds to drink wine. [The drinking age in Australia is 18.]

“And eventually the industry worked out they all do – but not ‘til they’re 30,” he added.

Most of Macau’s casino operators are likely to generate positive free cash flow in the first quarter, given the robust recovery level of mass-market gross gaming revenue (GGR) in January, relative... END_OF_DOCUMENT_TOKEN_TO_BE_REPLACED