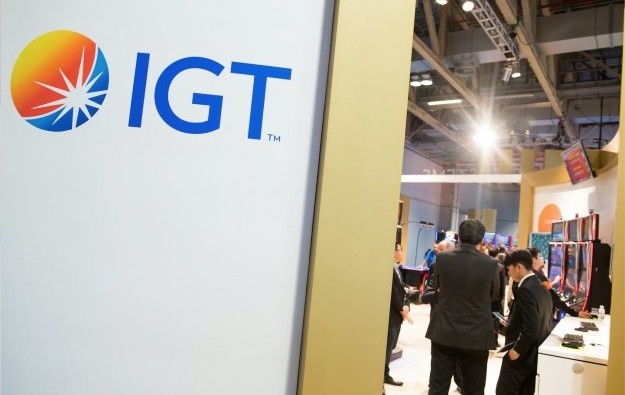 Gaming and lottery services and products provider International Game Technology Plc (IGT) missed market expectations for its first quarter 2017 results. The company announced it was lowering its guidance for the full year.

IGT on Thursday reported that consolidated revenue declined by 10.1 percent year-on-year to US$1.15 billion in the first three months of 2017, compared to US$1.28 billion in the first quarter of 2016. “The decline in revenue reflects comparisons with the high jackpot levels of the prior year, new Italy Lotto concession dynamics, and lower gaming product sales,” the firm said in a press release.

The company said that gaming service revenue was impacted by lower revenue from its social casino subsidiary, Double Down Interactive LLC, which IGT is in the process of selling. Gaming product sales were down due to large system and software sales in the first quarter of 2016, the firm said. The company shipped 5,953 gaming machines worldwide during the first quarter this year, and the global installed base rose to 59,034.

Global shipments in the three months to March 31 included a total of 2,009 gaming machine units shipped to places outside North America, compared to 1,744 units in the prior-year period. Product sales revenue for the international segment however was lower “due to large, high-margin gaming software sales in the first quarter of 2016,” stated IGT.

The firm said revenue from the international segment was US$164 million, down 11.4 percent compared to US$185 million in the first quarter of 2016. Operating income for the segment fell by 75.8 percent year-on-year to US$8 million.

“International operating income was below the prior-year period due to lower revenue; product sales mix and discounts; as well as unfavourable foreign exchange translation and bad debt expense,” said IGT.

Analyst David Katz of Telsey Advisory Group LLC said in a note on Thursday: “The lower than expected results were primarily isolated in the international segment, which was impacted by [a] myriad [of] events which management indicates are temporary and reversing in the second quarter of 2017.”

IGT reported operating income of US$119 million for the first three months of 2017, compared to US$188 million in the first quarter of 2016.

Adjusted earnings before interest, taxation, depreciation and amortisation (EBITDA) were US$371 million, down 19.3 percent compared to US$460 million in the first quarter of 2016.

Net loss attributable to IGT was US$54.8 million in the first quarter of 2017, compared to a net loss of US$92.8 million in the prior-year period, reflecting after-tax impacts of US$70 million in purchase price accounting and US$36 million impact in non-cash foreign exchange losses, the firm stated.

The company’s board declared a quarterly cash dividend of US$0.20 per share, payable on June 22 to all shareholders of record as of June 8.

“The first quarter of 2017 has been a dynamic period for us,” said Marco Sala, chief executive of IGT, in a statement.

“Year to date, we’ve strengthened our leading positions in global lotteries and begun the rollout of a new generation of gaming machines. We are monetising non-core assets that will allow us to significantly reduce debt, and we are adopting a new business model for our future participation in the social casino space,” he added.

IGT’s net debt stood at approximately US$7.40 billion at the end of the first quarter, down from nearly US$7.57 billion at the end of 2016. IGT was created from the US$6.4-billion merger in April 2015 of Nevada-based slot machine maker International Game Technology and Italy-based lottery equipment and management specialist GTech SpA.

Wells Fargo Securities LLC commented on Thursday: “The new IGT is a global lottery operator and gaming technology supplier, with only a quarter of revenue from North American slots. We like IGT’s diversification, very defensive lottery revenues and improved industry structure.”

“IGT is a deleverage story that is actually deleveraging and while its cash conversion is relatively low, we think its revenues are more defensive and ‘bankable’ than a lot of our coverage,” said analysts Cameron McKnight and Robert Shore.

On Thursday, IGT’s chief financial officer Alberto Fornaro said the company would update its outlook for full-year 2017, in order to “incorporate the DoubleDown transaction and the impact of increased taxation on gaming machines in Italy”.

IGT announced in April that it would sell its social casino subsidiary Double Down for a cash purchase price of US$825 million. The sale is expected to be completed in the second quarter of 2017.

The company added that its net debt is now expected to be between US$6.95 billion to $7.15 billion at the end of 2017, compared to the previous US$7.60 billion to US$7.80 billion outlook, as net proceeds from the Double Down sale will be used to reduce debt.