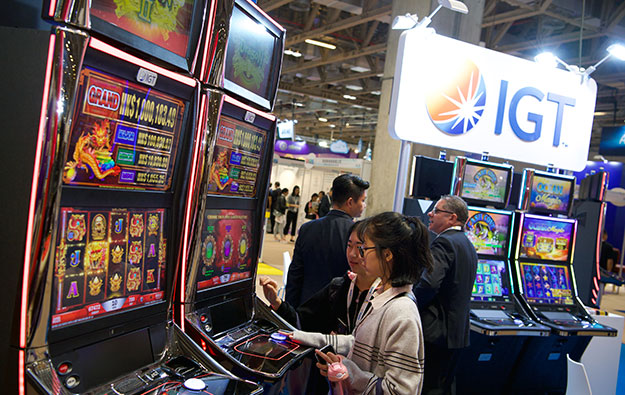 Global gaming and lottery supplier International Game Technology Plc (IGT) is in full-year 2018 likely to increase its net debt to a figure equal to 4.6x annual earnings before interest, taxation, depreciation and amortisation (EBITDA), from 4.4x earnings in 2017. In cash terms that would push IGT’s 2018 net debt to US$7.88 billion, said a Wednesday note from Union Gaming Securities LLC.

IGT’s net debt was nearly US$7.32 billion as of December 31, according to the group’s fourth-quarter and full-year results published earlier this month.

Union Gaming analyst John DeCree said in his memo: “We are modelling an increase in net leverage in 2018 to 4.6x from 4.4x at the end of 2017. The increase is largely attributable to the up front payments due on the Italy scratch and win concession, of which IGT is responsible for about US$590 million.”

The latter was a reference to an Italian lottery concession requiring a capital commitment from IGT.

Mr DeCree noted that while IGT’s management had indicated group capital expenditure in 2018 would be US$575 million to US$625 million – “a bit higher” than the approximately US$500 million the brokerage had factored in its economic modelling for the company – there was some room for “earnings upside”.

The analyst wrote: “We are becoming a bit more optimistic that the U.S. casino industry is entering a little bit of a replacement cycle. This should bode well for all suppliers, and we’ll look for IGT to begin gaining greater traction with some of its new cabinets in the marketplace.”

He added: “We are also cautiously optimistic that the U.S. Supreme Court will rule favourably on sports betting by June, which would create an opportunity for IGT among other suppliers to get involved in what could be a long-term growth opportunity if/when more U.S, states get on board.”