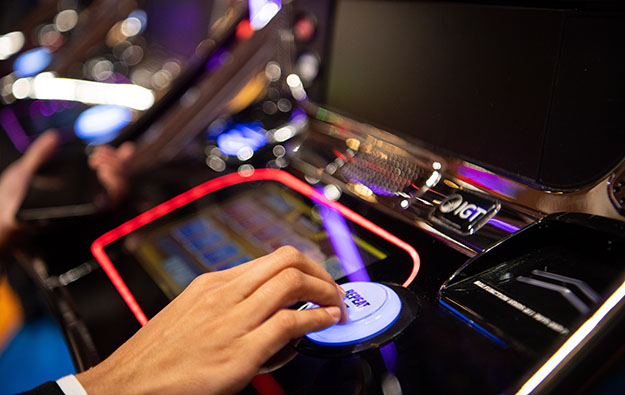 Gaming and lottery provider International Game Technology Plc (IGT) reported on Tuesday third-quarter revenue of US$1.06 billion, up 7.7 percent from the prior-year period. The figure represented an increase of 3.9 percent relative to the second quarter of 2022.

The company said in a press release the third-quarter jump in revenue was helped by more than 30 percent year-on-year growth in IGT’s global gaming segment.

IGT posted a net profit of US$264 million for the third quarter, up by more than 300 percent from the prior-year period.

Adjusted earnings before interest, taxation, depreciation and amortisation (EBITDA) fell by 1.2 percent year-on-year, to US$402 million.

The company declared a quarterly cash dividend of US$0.20 per share, to be paid on December 9.

IGT completed in July the acquisition of iSoftBet for approximately EUR160 million (US$161.3 million) in cash. The firm also wrapped up the sale of its Italian proximity payments and commercial services business in September, for gross proceeds of EUR700 million.

IGT said that its global gaming revenue for the the three months to September 30 rose by 31.1 percent year-on-year, to US$379 million. The jump was on “significant increases in machine shipments, average selling prices, installed base yields, and intellectual property and multi-year poker site licences,” it said.

The company sold 8,965 gaming machine units during the reporting period, up from 5,701 in the prior-year quarter. That included 1,005 new units and 7,960 replacements. Total machine units sold outside North America in the third quarter of 2022 reached 2,558, an increase of 48.2 percent.

Revenue in the digital and betting segment was US$54 million, up 25.6 percent from a year earlier. IGT recorded revenue of US$626 million from its lottery segment, a decline of 4.0 percent in year-on-year terms.

Tuesday’s release quoted IGT’s chief executive, Vince Sadusky, saying “accelerated revenue and profit expansion in the third quarter” had helped it achieve the “top-end” of its margin expectations, with an operating income margin of 20 percent.

He added: “We reached the lowest debt leverage in the company’s history, while returning a record US$224 million in capital to shareholders so far this year.” The latter was done via dividends and share repurchases through mid-October, a “record level” for IGT in a fiscal-year period, according to the firm.

IGT said it had US$163 million in positive free cash flow in the third quarter. The company’s net debt position stood at just below US$5.08 billion as of September 30, down from the US$5.92-billion net debt recorded at the end of December. It achieved a net debt leverage ratio of 3.1 times.

IGT’s chief financial officer Max Chiara said the group’s “robust year-to-date cash flows, and proceeds from the sale of the Italy proximity payments/commercial services business, in addition to proactive liability management, enabled [the firm] to reduce debt to the lowest level ever.”

The decision by the Macau government to grant fresh 10-year licences to each of the city’s six incumbent casino operators has been welcome by top management at those firms. Each of the concessions... END_OF_DOCUMENT_TOKEN_TO_BE_REPLACED