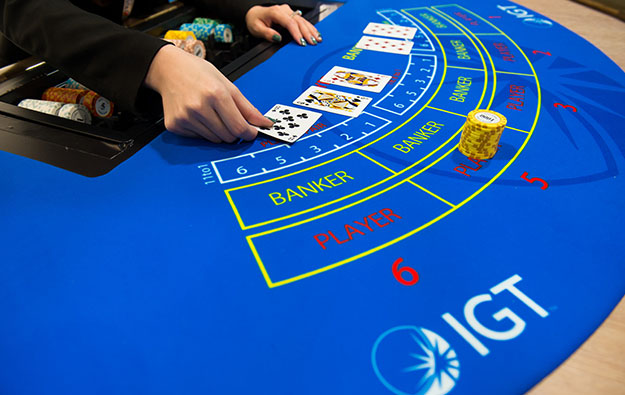 “Under the agreement, AGS can offer games including patented features from the IGT portfolio, and will pay licensing fees to IGT,” the latter firm said in a press release.

The roots of AGS are in the development of so-called Class II lottery-style games, which are commonly associated with tribal casinos in the United States. The firm has expanded its offering to include Class III slot games for commercial casinos as well as speciality table game products and social casino products.

Michael Prescott, IGT senior vice president and general counsel for North America gaming and interactive, said in a statement included in the release: “We continue to build on the strength and value of IGT’s intellectual property as more and more gaming companies license our patented game features. This cross-licensing agreement with AGS extends the reach of our intellectual property even further across the gaming industry, helping propel our collective innovation and growth.”

IGT has previously announced a number of cross-licensing deals with market rivals. The latest was made public earlier this month, when the firm revealed a tie-up with one of its biggest competitors, casino technology and lottery services provider Scientific Games Corp. No detail of how the deal would work in practice was given at the time.

In late October that year, IGT gave a subsidiary of Everi Holdings Inc – the latter group a specialist in cash handling technology and electronic game content for the casino industry – access to patented game features from the IGT portfolio, in exchange for licensing fees.

In April this year, IGT said it had signed a patent cross-licensing agreement with Aruze Gaming, a company that designs, develops and manufactures slot machines and gaming devices for the global casino market. It also involved payment to IGT of licensing fees.

In June this year, IGT said it had reached a patent cross-licensing deal – in exchange for fees – with Konami Gaming Inc, a unit of Japanese gaming and amusement conglomerate Konami Holdings Corp, and which supplies products including casino electronic gaming machines.

Investment analysts have previously noted that the casino technology sector has traditionally been riven by patent disputes and lawsuits that eat up valuable time and money.

The imminent return of package tours from mainland China will not only help boost Macau’s tourism businesses, but is also expected to help casinos gain more foot traffic in their mass gaming... END_OF_DOCUMENT_TOKEN_TO_BE_REPLACED