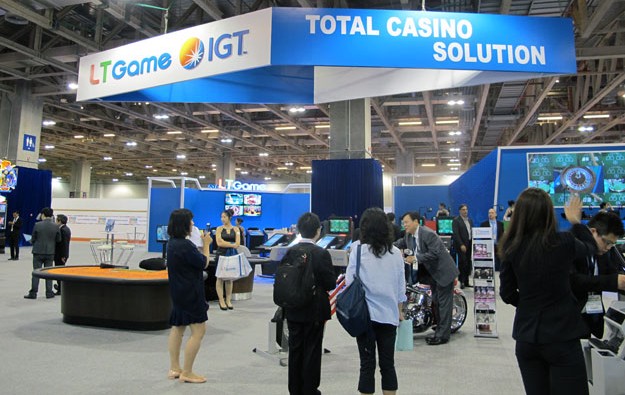 He added: “While ETGs may be a relatively small contributor to IGT’s bottom line today, they do fill a long-standing void in IGT’s product catalogue that we believe now positions the company to better compete in the gaming segment with a full complement of products.”

IGT’s chief executive of international, Walter Bugno, said in May that the group would be investing more resources to tap into the ETG segment.

IGT is the result of a US$6.4-billion debt-funded merger – completed in April 2015 – between International Game Technology, a Nevada-based supplier of slot machines, and Italy-based lottery equipment specialist GTech SpA. The newly-created firm reported consolidated revenue in the second quarter of 2016 grew by 1 percent year-on-year to US$1.29 billion.

In its Tuesday note, Union Gaming stated the brokerage had an “incrementally more optimistic outlook” on IGT.

“Overall, we believe IGT is steering the course with the continued stabilisation and recovery of the domestic gaming business, coupled with tailwinds in the lottery segments. IGT management has worked hard to successfully restore both customer and investor confidence in the business, which is beginning to bear fruit both in valuation and operations,” Mr DeCree wrote.

In a release published earlier this month, Fitch Ratings Inc said several U.S.-based gaming suppliers – including IGT – were “still nursing [a] merger and acquisition hangover”. The credit ratings agency added at the time: “The historically low leveraged U.S. gaming supplier sector will need more time to recover following the debt-funded consolidation spree over the past two to three years.”

Paradise Co Ltd, an operator of foreigner-only casinos in South Korea, reported casino revenue of nearly KRW48.65 billion (US$39.8 million) for January 2023, according to a Thursday filing to the... END_OF_DOCUMENT_TOKEN_TO_BE_REPLACED