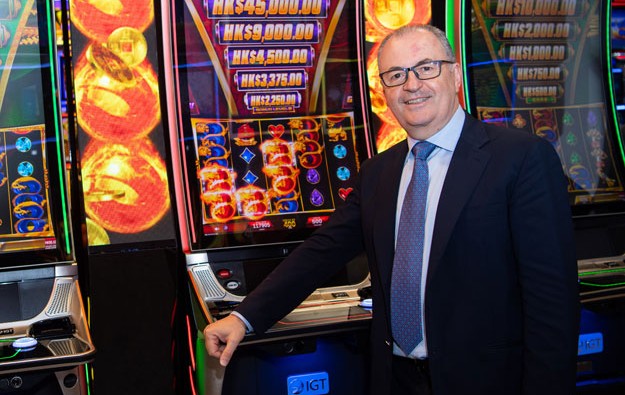 The executive noted the company had plenty of opportunities ahead, as it works to catch up with its competitors in the marketplace.

“I have been on the record in the past, saying that IGT has been somewhat unrepresented … in the Asian markets, and it’s been primarily our fault because we never really developed games specifically for here,” Mr Bugno told GGRAsia during an interview at Global Gaming Expo (G2E) Asia 2018, a casino industry trade show held in Macau in May.

IGT however tweaked its strategy last year in a bid to recover lost ground, said the executive.

“Last year, we made a significant organisational change, and we transferred the responsibility of our studios in Australia and Beijing to the management team in the Asia-Pacific region, with the task of focusing those studios on developing content for these markets specifically,” stated Mr Bugno.

The executive said the company has put in place a system for testing the games developed for Asian markets – including use of focus groups – to try to understand what was missing in its offering. “We’ve taken those learnings and turned them around into new content,” he explained.

One of the main focuses for IGT in its Asia push, said Mr Bugno, was the development of a range of links games, a favourite among markets in the region.

“I think the line-up that we have here [at G2E Asia 2018] is a testament to the process that we have really undertaken in the last 12 months,” he added.

IGT showcased at G2E Asia this year a new range of gaming products and systems designed specifically for casino operators in Asia. The firm’s booth was designed under the theme “IGNITE – New Direction”, focused on approved and localised content.

“We’ve traditionally come here [to G2E Asia] and shown new content every year … but always with the ‘coming soon’ sticker, whereas this year we’ve come here with the ‘approved’ sticker,” said Mr Bugno.

One of the highlights for IGT at this year’s G2E Asia was the “Hyper Hits” link on the CrystalDual cabinet. Hyper Hits is approved for distribution in Macau and other jurisdictions throughout Asia, and is a linked progressive with a ball-based mechanism that awards jackpots and bonus prizes. The link is launching with two base games – “Lotus Princess” and “The Golden Bow”, according to the company.

The trade show also served as the Asia debut for the company’s CrystalCurve cabinet and its respective content. Featuring a 43-inch, curved, ultra-HD, 4K display, the CrystalCurve cabinet is backed by IGT’s portfolio of core and premium games, including “Fortune Gong” and the “Fury” family.

G2E Asia 2018 also marked the Asia debut for the company’s CrystalDual 27 cabinet. The firm says it represents an evolution of the CrystalDual series, and the refreshed cabinet features dual, high-definition, 27-inch displays and a charging port for mobile devices.

“[This year] marked a big change in our strategy … [and] the feedback has been very positive, on both the cabinets … but, more importantly, on the game content,” said Mr Bugno.

The executive said IGT has some planned installations in the region, but he did not specify the markets.

“Coming into the show [G2E Asia], we started seeing and feeling some momentum, some positive momentum, and the show has reinforced that,” he said. “So, the next three to six months could be a very interesting time for our company.”

Mr Bugno stated that IGT remains committed to the several markets it currently serves in Asia, “trying and developing content both to improve our position but maintain also the performance that we’ve had [in these markets]”. Among these jurisdictions are Macau, Singapore, Malaysia and the Philippines.

Nonetheless, the company is seeking to expand its footprint in Asia. “We like the new markets and we have been working up through Cambodia, Vietnam with some of the new openings, and trying to supply some product there, and trying to position our systems segment,” the IGT’s CEO of international told GGRAsia.

“Our key [task] at the moment is to get some of our newer content and cabinets into the market. Asia, geographically, is very big; [with] market size, you need to be ready to capture all the opportunities that come your way,” said Mr Bugno.

He added: “We have lots of opportunities [in Asia] because compared to a couple of our competitors, we are a little bit behind.”

The executive said additionally that casino management systems (CMS) continued to be the “cornerstone” of IGT’s business, “particularly in Macau”.

Highlighting the company’s strength as a systems provider in Asia, IGT created a live-casino experience at this year’s G2E Asia, in a custom-built theatre within its stand. It aimed to demonstrate the many capabilities of the IGT Advantage system, along with compatible modular components such as bonusing apps.

“The IGT Advantage product has developed a very good reputation in the marketplace … and we keep on adding new features. We are very proud of the results we have achieved,” stated Mr Bugno.

In April 2016, IGT announced it was buying exclusive rights from casino electronic games maker Paradise Entertainment Ltd for the latter’s table game intellectual property “for the development, manufacturing, and distribution” of ETGs worldwide. The deal excluded the Macau market, where Hong Kong-listed Paradise Entertainment remains the supplier for that product category.

“Since we took the Paradise Entertainment product, our focus has been to fundamentally upgrade the player experience, increase the number of product offerings, and we have been working on that for the past 18 months,” explained Mr Bugno. The firm’s ETG product is currently being deployed in some U.S. gaming markets, “and being very successful on the floor,” he noted.

The executive added: “We are now starting to look at the international markets – specifically here in Asia – to start deploying [the ETG] product. We are hopeful that before the end of this calendar year we may have some product in the marketplace in Asia.”

China has moved one step closer towards reopening, by relaxing some its Covid-19 control measures, with most infected people now able to quarantine at home rather than in state-sanctioned... END_OF_DOCUMENT_TOKEN_TO_BE_REPLACED