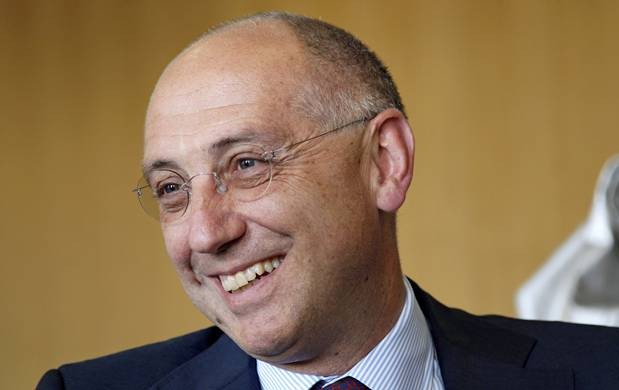 Casino equipment maker and digital gaming content provider International Game Technology Plc (IGT) said in a press release on Thursday that Marco Sala (pictured in a file photo) would take over as executive chair of the group, with effect from Monday (January 24).

His current chief executive role will go to Vincent Sadusky, who was CEO and board member of Univision Communications Inc from 2018 to 2020, described in IGT’s announcement as the largest Hispanic media company in the U.S. Mr Sadusky will additionally become an executive director of U.S.-listed IGT, with both those appointments also effective from Monday.

Lorenzo Pellicioli will retire as chairperson of the IGT board, and will remain a non-executive director.

Mr Pellicioli was cited as saying in Thursday’s announcement that the leadership rejig would “strengthen IGT’s capabilities to execute on its long-term strategy and the value creation initiatives identified in the company’s recent investor day”.

In November, IGT said a separate public listing of the group’s digital and betting business was “under evaluation”, as part of a strategic review for future growth.

In supporting documents published during an investor day event on November 16, IGT said it expected to complete within 12 months, the “realigning” of its digital and betting segment into a new legal entity. Such a move would support “evaluation of a potential separate public listing of the business,” it stated.

On Thursday, IGT announced also that its board had appointed Maria Pinelli and Ashley Hunter as non-executive directors, with effect from January 14.

Ms Pinelli is a former executive at Ernst & Young Global Ltd. She is described as having successfully led more than 20 initial public offerings distributed among four different countries, and more than 25 merger and acquisition transactions worldwide.

Ms Hunter has been a lecturer at the University of Texas at Austin, School of Information since 2015, and is the founding partner of A. Hunter & Co, described as a leading risk management advisory firm.

In a separate release on Thursday, B&D Holding SpA, the controlling shareholder of De Agostini SpA, announced Mr Sala would be proposed at the June 2022 meeting of the corporate bodies of De Agostini, as the next CEO of that group, succeeding Mr Pellicioli, who will be retiring from that position.