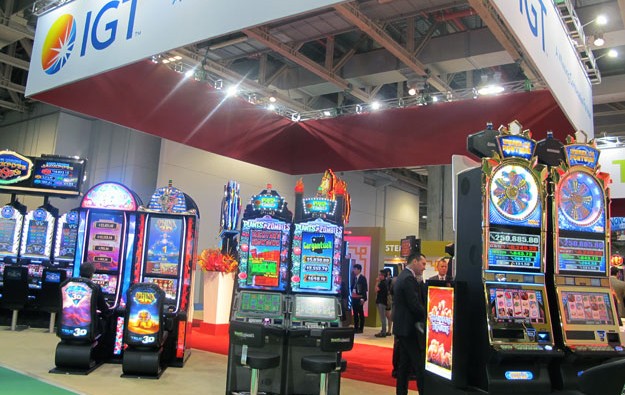 “Our checks suggest that there is the beginnings of an appropriate team in place with strong relationships and industry experience,” wrote analyst David Katz in Thursday’s note.

The first issue to address, said Mr Katz, was the gaming operations segment, which had “reported a shrinking installed base and declining yield”. “Second, casino operators indicate the need for core, for-sale, video slot product rather than just premium priced games that inherently limit the volume of distribution. We maintain our view that this strategy is reasonably achievable but is historically a 24-month process,” stated Telsey.

The research firm also gave some commentary on another supply giant recently created via merger – Scientific Games Corp – which Telsey refers to by its stock code, SGMS.

“Our checks support our view that SGMS’ slot business, which is comprised of Bally and WMS, is more likely to compress in the near term given the redundancies and requirement of synergies,” said the research house.

Scientific Games has said in filings it expected “synergies” arising from the integration of Bally Technologies Inc, a slot machine and casino systems maker it acquired in November 2014 for US$5.1 billion, would lead to US$235 million in cost savings.

Telsey was additionally referring to WMS Industries, another U.S.-based slot supplier Scientific Games had acquired for US$1.5 billion in 2013.

Mr Katz said of Scientific Games: “We remain positive on the management team’s overall strategy and the stability of the other business lines, but expect the slot business to be tempered in the near term, which should limit the shares’ performance.”

Carlo Santarelli of Deutsche Bank AG in New York was less upbeat in a note on June 16 about Scientific Games’ post-merger prospects.

“While acknowledging the strong SGMS management team, the synergy opportunities, and the numerous top line unknowns across the business lines; we simply believe there to be too much financial leverage in a business with: 1) challenged fundamentals across most business segments, 2) a legacy inability to generate meaningful discretionary cash flow, and 3) a stretched valuation relative to peers and sector historical multiples,” wrote Mr Santarelli.

Telsey in its Thursday note, also gave some thoughts on the prospects for Las Vegas-based Global Cash Access Holdings Inc (GCA), which in December completed the US$1.2-billion acquisition of Multimedia Games Holding Co Inc, a maker and supplier of systems, content and electronic gaming units to the casino industry.

“With respect to GCA, we continue to receive positive indications on the personnel additions at the company,” said Telsey. “This element is critical, in our view, to replace the strength of the MGAM [Multimedia Games] leadership team that is no longer involved,” added Mr Katz.

GCA in May reported revenue growth of 38 percent in the first quarter of 2015 compared to a year earlier.

The imminent return of package tours from mainland China will not only help boost Macau’s tourism businesses, but is also expected to help casinos gain more foot traffic in their mass gaming... END_OF_DOCUMENT_TOKEN_TO_BE_REPLACED