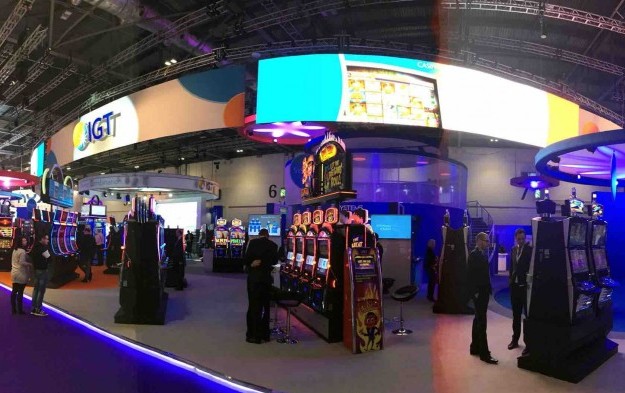 International Game Technology Plc (IGT) said on Thursday its fourth quarter 2015 revenue rose to nearly US$1.37 billion, up by 43.5 percent from US$951 million in the prior-year period.

On a pro forma, constant currency basis, consolidated revenue would have increased by only 5 percent year-on-year. The 2015 fourth quarter results include the combined operations for the entire period, while the fourth quarter of 2014 includes only the results of GTech operations

The U.S.-listed firm achieved adjusted earnings before interest, taxation, depreciation and amortisation (EBITDA) of US$449 million for the quarter, up by 40 percent year-on-year. On a pro forma, constant currency basis, adjusted EBITDA was 8 percent greater than the prior-year period.

“We ended a year of transformation with a strong quarter for our lottery and gaming operations, enabling us to reach the high end of our EBITDA guidance,” said Marco Sala, chief executive of IGT.

The fourth quarter’s reported adjusted EBITDA was 6 percent above analysts’ consensus estimate of US$423 million.

IGT’s operating income for the three months to December 31 increased 15 percent year-on-year to US$132 million.

Net income attributable to IGT was US$74 million in the fourth quarter of 2015. On an adjusted basis, net income was US$127 million, the firm said.

The firm reported revenue for the North America gaming and interactive segment of US$378 million compared to US$45 million in the fourth quarter of 2014. On a sequential basis, the installed base at North American casinos rose by 181 units, “the first sequential increase since June 2013,” said IGT.

International revenue was US$265 million in the three months to December 31, compared to US$192 million a year earlier, with IGT recording sales of 4,965 gaming machines internationally during the fourth quarter.

Union Gaming Securities LLC analyst John DeCree said in a note on Thursday: “We expect the overall installed base industry-wide to contract in 2016, though at a more moderate pace than in 2015. We believe IGT should be able to defend floor share in 2016 with its renewed focus in this segment.”

For full-year 2015, IGT reported revenue of nearly US$4.69 billion compared to US$3.81 billion in 2014. On a pro forma, constant currency basis, revenue declined by 4 percent, primarily reflecting “lower gaming product sales and service revenues that were partially offset by growth in lottery and social gaming operations,” the firm said.

During the year, the company sold 35,159 gaming machines worldwide.

On Thursday, the U.S.-listed firm announced it increased its cost savings target to US$270 million from its prior expectation of US$230 million.

“Our financial and operational discipline is evidenced in our fourth quarter and full year results,” said Alberto Fornaro, chief financial officer of IGT.

“We achieved our first-year synergy goals three months ahead of plan and have increased our total cost synergy target. Strong free cash flow resulted in a significant reduction in net debt and leverage,” he added.

The company had a total debt of nearly US$7.71 billion at the end of the year.

“The identification of US$40 million of incremental cost synergies will help the company offset some headwinds in 2016 such as unfavourable currency trends and higher gaming machine taxes in Italy,” said Union Gaming’s Mr DeCree.

IGT’s management also introduced in its latest filing some guidance for group EBITDA in 2016. The firm expects it to be in the range of US$1.74 billion to US$1.79 billion and noted it expects capital expenditure of US$575 million to US$625 million in 2016.

The firm this week announced that it is bidding for the Lotto concession in Italy as part of a joint venture – IGT will be the majority stakeholder with 61.5 percent ownership.

Analysts David Katz and Brian Davis of Telsey Advisory Group LLC said they regarded the news as positive despite the capital spending of US$660 million for the lottery contract.