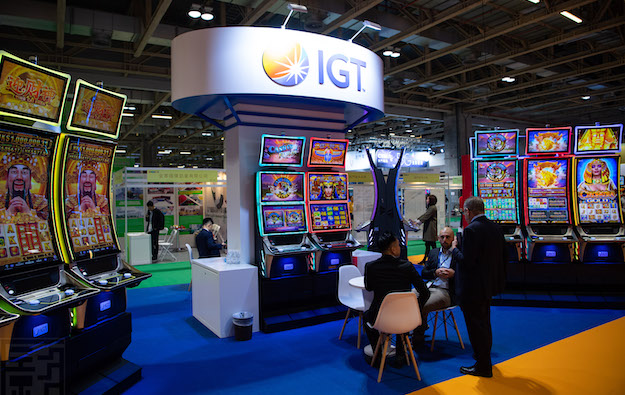 Gaming product and lottery services provider International Game Technology Plc (IGT) reported on Tuesday a net loss attributable to shareholders of just under US$242.0 million for the fourth quarter of 2020, almost twice as high as the US$128.0-million third-quarter loss.

The company said the net loss for the reporting period included US$155.0 million in foreign exchange losses, primarily non-cash.

IGT, which is carrying more than US$7 billion in debt, has not paid a dividend since April 2020. Under updated covenants with lenders announced in May last year, IGT is barred from distributing any further dividends before June 30 this year.

IGT said on Tuesday that its fourth-quarter 2020 results “reflect the continued, global impact of the Covid-19 pandemic”.

Carlo Santarelli and Steven Pizzella, analysts at the Deutsche Bank group, stated in a Tuesday memo, the quarter had been “a tale of two businesses”.

They noted: “Lottery trends were robust across the geographies and products, while the gaming segment continued to feel the pressures stemming from operator capital expenditure reductions and reduced play levels, particularly in the [supplier-operator] participation segments.”

IGT’s global gaming segment was the worst hit, with revenue falling 38.1 percent from the third quarter, to US$255.0 million, due to “pandemic-related casino closures and operating restrictions”.

‘Rest of the world’ sales, revenue

In the “rest of the world” segment, including Asia, IGT’s outright sales of gaming machines fell 84 percent year-on-year in the fourth quarter, to 1,024 – mostly replacement units – versus 6,228 units sold in that segment in the final three months of 2019.

Gaming systems revenue in the rest of the world, fell 43 percent year-on-year in the final quarter of 2020, to US$131 million, from US$228 million in the prior-year year.

Nonetheless, the company said revenue from the gaming sector had stabilised sequentially in the fourth quarter with “improving key performance indicators”.

In addition, IGT said its global lottery segment recorded its best performance “in two years”, with revenue rising 10.5 percent from the previous quarter to US$630 million.

For the three months to December 31, the company’s adjusted earnings before interest, taxation, depreciation and amortisation (EBITDA) fell 9.3 percent sequentially to US$321.0 million.

The release quoted IGT’s chief executive, Marco Sala, as saying the results were “solid” and provide “momentum into 2021”.

IGT said it delivered US$191.0 million in positive free cash flow in the fourth quarter and generated US$576.0 million in cash from operations during all of 2020.

The company “undertook a comprehensive reorganisation to… drive structural operational efficiencies. This provides a clear path to… a stronger revenue and profit growth profile,” said CEO Mr Sala as quoted in a press release accompanying the results .

IGT’s chief financial officer, Max Chiara, said in further commentary, that the group’s liquidity improved by more than US$300 million, to over US$2.72 billion, thanks to “rigorous cost- and invested-capital controls”.

IGT said in its results announcement that it had US$907.0 million in unrestricted cash, and US$1.82 billion available under revolving credit facilities.

“As a leaner, stronger company, we expect leverage to return to pre-pandemic levels in the next 12-18 months,” stated Mr Chiara.

IGT’s net debt position stood at US$7.32 billion as at the end of the fourth quarter, up from US$7.24 billion in the previous quarter, but down from the US$7.38 billion net debt recorded as of December 31, 2019.

The company announced in December the sale of a consumer-facing Italian gaming business for EUR950 million (US$1.15 billion). The deal is due to be completed during the first half of this year.

IGT said at the time it would “use net proceeds from the transaction primarily to reduce debt”.