IGT sees ‘no real benefit’ from M&A in Asia Pacific 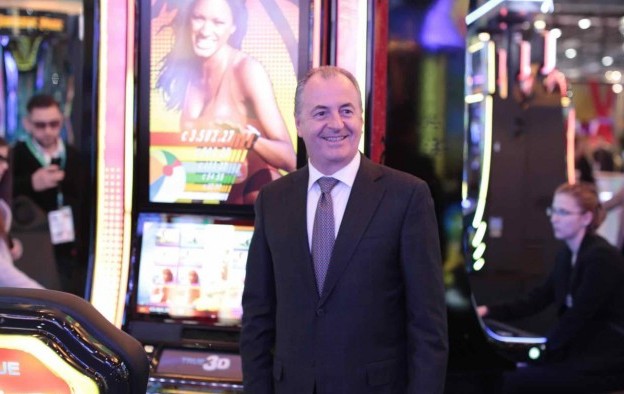 Global gaming supplier International Game Technology Plc (IGT) will be “really focused” on expanding in Asia and Australia, but sees no benefits from any merger and acquisition (M&A) deal in the region, says the firm’s chief executive of international, Walter Bugno (pictured).

“Our main strategy when it comes to geography is really focused, initially, on Asia and Australia,” Mr Bugno said during IGT’s investor presentation day on Wednesday.

“Asia because we are severely under-represented, it was never a focus for either of the two legacy businesses,” he explained.

He was referring to the two companies that formed IGT Plc: International Game Technology, a Nevada-based supplier of slot machines, and Italy-based lottery equipment specialist GTech SpA. The new IGT resulted from a US$6.4-billion merger completed in April 2015.

“We feel we are under-represented in Asia – we are single digit [in terms of market share] in Asia based on our estimation of the numbers we see. That’s just not good enough,” he added.

Mr Bugno additionally said IGT had a very significant position in Australia but that “over recent times the organisation had partially lost its way”.

“It’s an important market … but our market share is not where it should be,” said the executive, adding that IGT has an 11-percent share of the market in Australia.

He added: “We have put in place a very dedicated organisational structure … and programme aimed at driving a turnaround in fortunes for IGT in Australia. We started that programme late last year and we anticipate positive development throughout 2016.”

“The Ainsworth-Novomatic M&A activity that is likely to occur doesn’t change the landscape of the Australian market. Novomatic was not present [in Australia], so effectively we would be competing against the same scale,” said the IGT executive.

Ainsworth Game’s shareholders are scheduled to vote on the proposed sale of a 52.52 percent stake in the company to Novomatic on June 27.

Mr Bugno said additionally that IGT is not seeking any acquisition deal in Asia.

“There’s no real benefit from any M&A activity to expand our position in Asia. What we need to do is bring to market our library; it’s never been done. There’s never been a focus on that marketplace, maybe because it was small, maybe because we never developed games with Asia in mind first,” he said.

IGT posted higher revenue in the first quarter of 2016 as measured in year-on-year terms, but its net loss still widened, after foreign exchange losses, the firm announced in May.

In Wednesday’s presentation, IGT reiterated it expects to achieve adjusted earnings before interest, taxation, depreciation and amortisation (EBITDA) of US$1.74 billion to US$1.79 billion for the full year 2016 period. The guidance already takes into account the Lotto concession in Italy. It is one of the firm’s biggest contracts and was renewed in April.

IGT expects to register at least US$70 million in incremental cost savings in 2016. The U.S.-listed firm has increased its cost savings target to US$270 million from its prior expectation of US$230 million. The company said it cut costs by eliminating redundant corporate functions and consolidating manufacturing.

In the international gaming segment, the firm said it would be seeking expansion in Macau and expects modest growth across Asia. IGT will also be closely monitoring opportunities in Japan and South Korea, it said.

To achieve those goals, IGT will be expanding its game design studio and introducing customer focus groups and ‘test banks’ of gaming machines for the Asia Pacific market.

During the presentation, Mr Bugno said the company expects to bring to market a number of new products over the next six months that have been designed specifically for either Macau or the neighbouring Asian markets, such as Singapore, Malaysia and the Philippines.

Some of these gaming products and systems were shown at this year’s Global Gaming Expo (G2E) Asia, a casino industry trade show held in Macau in May.

“Macau aside, the rest of Asia is very important for us in electronic table games,” Mr Bugno said on Wednesday.

IGT’s International CEO told GGRAsia in an interview in May that the company would be investing more resources to gain share in the ETG segment, an area where it sees “lots of potential”.

Former Macau junket operator Suncity Group had no commercial need to seek illicit gains from under-the-table betting via the “multiplier”, as the company had a huge gaming business... END_OF_DOCUMENT_TOKEN_TO_BE_REPLACED