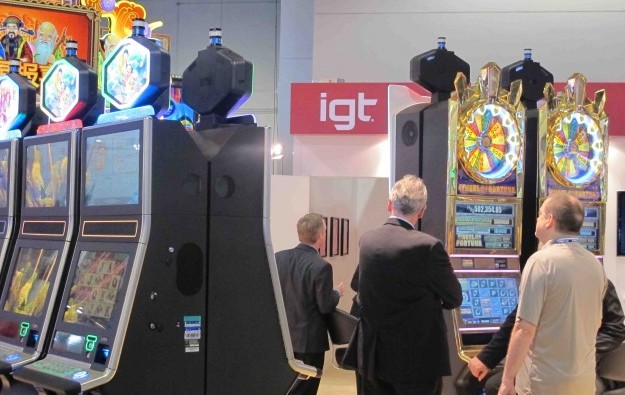 International Game Technology (IGT) shares surged as much as 14.4 percent on Monday on a report the company is considering putting itself up for sale.

The gaming supplier has hired investment bank Morgan Stanley to explore a possible sale after attracting interest from other gaming suppliers and some private equity firms, Reuters reports, citing people familiar with the matter.

IGT shares closed at US$14.3 in the New York Stock Exchange on Monday, giving the company a market value of more than US$3.5 billion. The stock had fallen 31 percent this year through June 6.

The Las Vegas-based company has been preparing to sell itself for at least two months, Reuters reported. IGT is already hosting management presentations for prospective buyers, the news agency said.

IGT makes slot machines bearing a variety of popular brands such as the movie “Avatar” and the “Jade Fortune” video slots.

Earlier this year, IGT said it was enacting cost-cutting measures including the reduction of its global workforce by 7 percent to realise expected cost savings of US$30 million in the current fiscal year. The company also lowered its fiscal year 2014 guidance for adjusted earnings per share.

“As we reach the halfway point in our fiscal year, you can see this is a challenging time for the industry and IGT,” Patti Hart, IGT chief executive, said in a statement in March. “We did not expect such a sharp decline in North American gross gaming revenues, or further degradation in the international currency, compliance and importation environment”.

IGT could be sold for more than US$20 a share, Steven Wieczynski, an analyst at Stifel Nicolas & Co, said in a Monday research note cited by Bloomberg News. Mr Wieczynski, who has a buy rating on the shares, said possible suitors include Gtech SpA or Konami Corp, which have strong balance sheets and may be looking to expand their footprint in North America.

Bloomberg quoted a spokeswoman for IGT as saying the company had no specific comment on the report.

It is likely that Macau will shortly have a third round of citywide centre-based Covid-19 testing in little more than a week, after the results so far of a second mass test – that was due to finish... END_OF_DOCUMENT_TOKEN_TO_BE_REPLACED