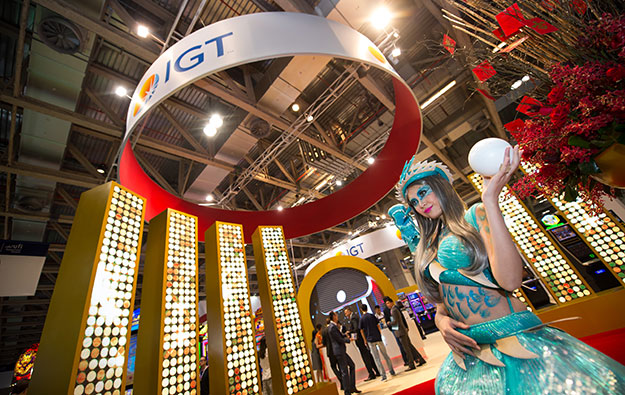 Operating income grew 48 percent to US$171 million from US$116 million in the second quarter of 2015, “driven by revenue growth, synergy savings and lower transaction-related expenses,” the firm stated.

Net income was US$73 million in the second quarter of 2016, compared to a loss of US$117 million in the year-earlier period. On an adjusted basis, net income attributable to IGT rose 14 percent to US$87 million, the firm said.

IGT’s international gaming service revenue – which excludes North America and Italy – bucked the overall upward trend: it was down by 8 percent year-on-year to US$46 million. Revenue from international gaming product sales also declined from the prior-year period – by 24 percent year-on-year to US$64 million – as the group shipped a total of 2,989 gaming machines during the second quarter of 2016 compared to 3,929 units in the prior-year period.

“IGT posted solid second quarter 2016 results with adjusted EBITDA [earnings before interest, taxation, depreciation and amortisation] of US$443 million (+4 percent year-on-year), coming in ahead of the consensus forecast for US$438 million,” said Union Gaming Securities LLC analyst John DeCree in a Thursday note.

He added: “In the North American gaming segment, the installed casino base declined 787 units sequentially from the first quarter of 2016. This trend is impacting the entire industry; however, we look for greater signs of stability in IGT’s installed base picking up in 2017 as it ramps new content and product expected to be introduced at G2E [trade show] this fall.”

Analyst Cameron McKnight from Wells Fargo Securities LLC stated “IGT reported a good quarter”. But he wrote in a Thursday note:  “Gaming remains weak, with total revenues down 1 percent and participation units down 5 percent year-on-year; and international revenues down 16 percent in the quarter.”

IGT did not disclose detailed second quarter data for its gaming operations in Asia.

IGT is the result of a US$6.4-billion merger – completed in April 2015 – between International Game Technology, a Nevada-based supplier of slot machines, and Italy-based lottery equipment specialist GTech SpA.

“Robust growth in our global lottery operations, notably in Italy and North America, and the resilience of our global gaming business are the key takeaways from our second quarter results,” Marco Sala, chief executive of IGT, said in a statement.

He added: “We are making good progress implementing our strategy of developing innovative content and technology that we can leverage across gaming platforms and around the world.”

IGT’s management stated it continued to expect adjusted EBITDA of between US$1.74 billion to US$1.79 billion for the full year 2016 period.

Some Macau casinos visited by GGRAsia on Thursday, actually had tables that were closed, notwithstanding strong consumer demand during Chinese New Year (CNY). The reasons for some tables being... END_OF_DOCUMENT_TOKEN_TO_BE_REPLACED