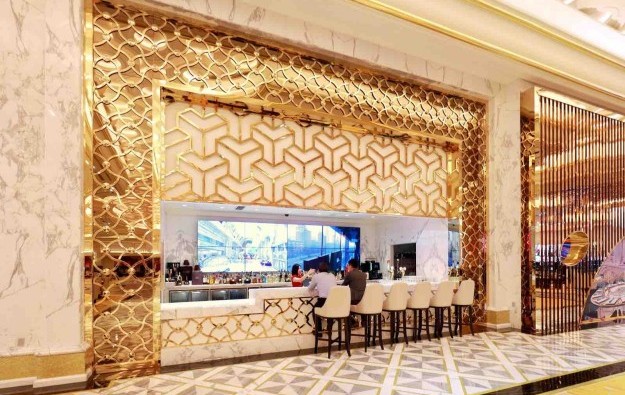 Imperial Pacific International Holdings Ltd, the developer of a casino resort (pictured) on the Pacific island of Saipan, reported a net loss of HKD3.90 billion (US$503 million) for the year ended December 31. The firm recorded a steep decline in VIP gaming income.

Its annual loss widened from the HKD2.97 billion deficit recorded for 2018, according to Imperial Pacific’s annual results filed to the Hong Kong bourse on Wednesday.

The 2019 adjusted loss before interest, taxation, depreciation and amortisation (LBITDA) was HKD2.78 billion, widened from the HKD2.68-billion in adjusted LBITDA the previous year.

Imperial Pacific reported group-wide revenue of just under HKD539.3 million for the 12 months to December 31, down 83.4 percent from a year earlier.

The Hong Kong-listed firm operates the still-under-construction property Imperial Palace Saipan on the Pacific island Saipan, in the Commonwealth of the Northern Mariana Islands (CNMI), a United States jurisdiction. For 2019, the firm said it has invested US$879 million in the “design, consulting, engineering, construction material and labour” in the casino resort project, up from US$792 million invested in the previous year.

The firm’s VIP table games rolling – accounting for most of Imperial Pacific’s casino business – declined significantly in full-year 2019. Such rolling amounted to HKD14.02 billion, as compared to HKD126.26 billion in 2018.

VIP gross gaming revenue for the latest reporting fiscal year was HKD254 million, down by 91.2 percent from approximately HKD2.91 billion in 2018.

Imperial Pacific stated in its filing that the year-on-year decline in its VIP table game rolling and gross revenue was due to “adverse market conditions and tightening market credits”.

The group attributed most of its 2019 loss to “decrease in revenue”, “provision for impairment on trade receivables”, “share of loss of a joint venture” and “increase in finance costs and income tax expenses”.

The firm noted in its 2019 annual results that its gross trade receivables during the year decreased to nearly HKD9.09 billion from HKD9.67 billion in the previous fiscal year.

Trade receivables are typically associated in the casino industry with money owed by VIP gamblers for losses they incurred while playing on credit.

The provision for impairment of trade receivables due from the group’s 10-largest debtors amounted to HKD2.74 billion in 2019, said Imperial Pacific.

The Imperial Palace Saipan casino resort has had many delays in its development.

The group noted in its latest filing the potential impact on this year’s business due to the novel coronavirus pandemic in customer source markets and the need to prevent its spread in Saipan. Last week the group confirmed it had closed the casino for 10 days starting from the stroke of midnight on March 17.

“The duration and intensity of this global health emergency and related disruptions is uncertain if travel and visitation continue to be restricted. Given the dynamic nature of these circumstances, the group has been monitoring the impact from the Covid-19 which is expected to have a material effect on the group’s results for at least the first half of 2020,” Imperial Pacific stated in its latest results filing.

Package tours from mainland China to Macau will resume from Monday, February 6, confirmed Macau’s Secretary for Economy and Finance, Lei Wai Nong, in a Friday press conference. The return of... END_OF_DOCUMENT_TOKEN_TO_BE_REPLACED