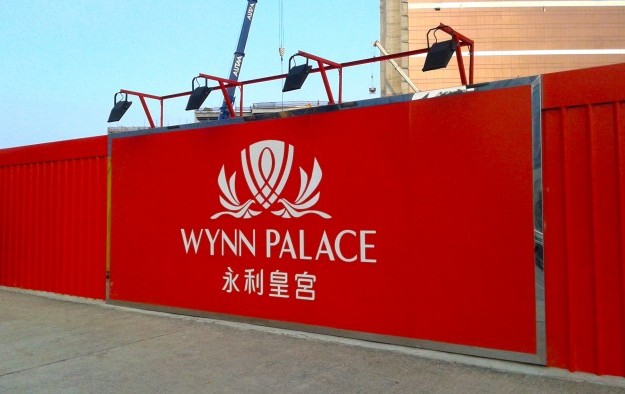 Investor expectations could be overblown regarding the ability of the soon-to-launch Wynn Palace and Parisian Macao casino resorts to expand market-wide demand for Macau casino gambling, says a note issued on Monday by Japanese brokerage Nomura.

The institution said its conclusion was based in part on what happened to casino gross gaming revenue (GGR) when two other large Cotai resorts – Galaxy Macau Phase 2, from Galaxy Entertainment Group Ltd; and Studio City, majority-owned by Melco Crown Entertainment Ltd – were launched respectively in May and October last year.

“The majority of the incremental GGR [in the market] was absorbed by the opening of Galaxy Phase 2 and Studio City,” said the Nomura team.

“We are… concerned by the high expectation that consensus [views] have on the upcoming Wynn Palace… implying US$430-million EBITDA [earnings before interest, taxation, depreciation and amortisation] from Wynn Palace in 2017…” stated the brokerage, referring to the new resort that has been developed by Macau casino operator Wynn Macau Ltd, and which is due to open on August 22.

The institution added this market consensus estimate was “four times higher than the US$100-million EBITDA run-rate that Galaxy Macau Phase 2 and Studio City is tracking at now”.

Wynn Macau Ltd would get 100 new-to-market live gaming tables for the opening of the US$4.2-billion Wynn Palace, said Macau’s Secretary for Economy and Finance, Lionel Leong Vai Tac, in comments on Friday.

He added that the company would be granted an additional 50 new-to-market tables for Wynn Palace in two separate phases: 25 tables on January 1, 2017; and the remaining 25 on January 1, 2018.

The firm has previously said Wynn Palace has capacity to accommodate 500 tables. It confirmed in a statement on Friday that it received approval from Macau’s gaming regulator to transfer 250 gaming tables from its Wynn Macau property – on the city’s peninsula – to Wynn Palace.

The approval of table allocation for the Parisian Macao, from Sands China Ltd – a venue due to launch on September 13 – was “still under way”, said Mr Leong.

Sands China has said the Parisian has capacity for up to 450 gaming tables.

A Philippine lawmaker says public opinion on Philippine Offshore Gaming Operators (POGOs) would be an important factor when he and colleagues draft a Senate committee report on the economic and... END_OF_DOCUMENT_TOKEN_TO_BE_REPLACED