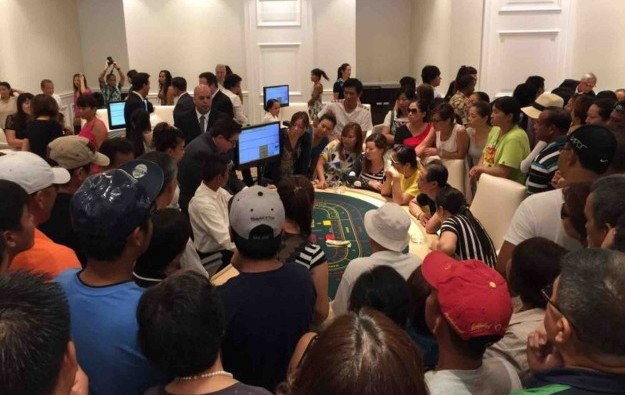 Hong Kong-listed gaming investor Imperial Pacific International Holdings Ltd said it expects to post a profit for the six months ended June 30, 2016 as compared with the loss for the corresponding period in 2015.

“The expected turnaround from loss to profit is mainly attributable to the operating profits generated by the temporary casino on the Island of Saipan,” the company said in a filing on Monday.

The US$25-million temporary casino (pictured) officially opened on November 27. It had a total of 16 VIP gaming tables and 32 mass tables at the end of the first quarter of 2016.

Imperial Pacific reported a total rolling chip volume of approximately US$15.22 billion for the first seven months of 2016, an average of US$2.17 billion.

The company is currently developing the Grand Mariana Casino and Hotel Resort, scheduled to open in the first quarter of 2017. The US$500-million venue will feature 350 hotel rooms, 15 villas, more than 200 gaming tables and 400-plus slot machines.

Imperial Pacific is to publish its first half results on August 22.

SOFTSWISS Jackpot Aggregator is cooperating with Curaçao-licensed Spinago to launch the latter’s worldwide jackpot campaign for the online gaming sector. The information was given by SOFTSWISS, a... END_OF_DOCUMENT_TOKEN_TO_BE_REPLACED