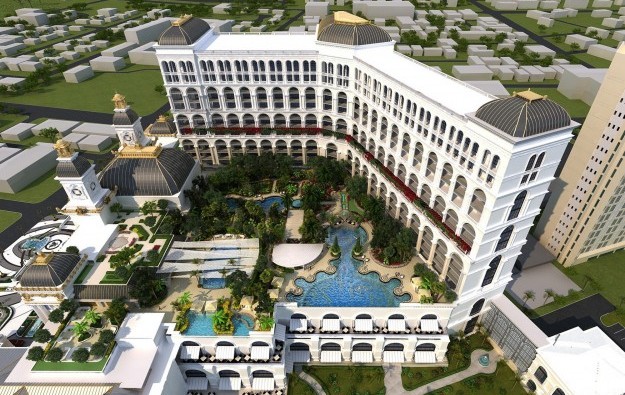 Gaming investor Imperial Pacific International Holdings Ltd is seeking to amend its casino licence agreement with the government of the Commonwealth of the Northern Mariana Islands, including extending the deadline to begin operations of its permanent casino on Saipan, reported the Marianas Variety newspaper.

Imperial Pacific has the right to an exclusive casino licence on the Pacific island of Saipan. The firm’s unit Best Sunshine International Ltd is currently operating a temporary casino – which opened in July 2015 – on Saipan, the main island of the Commonwealth of the Northern Mariana Islands (also known as CNMI), a U.S. jurisdiction.

Imperial Pacific had said in January it planned to launch the new casino resort – called Imperial Pacific Resort – “in the first quarter of 2017”. A company executive had recently mentioned that the property could have a “soft opening” on March 31.

Imperial Pacific has stated in previous filings that the casino at the 350-suite Imperial Pacific Resort (pictured in a rendering) would feature around “200 to 300 gaming tables” and “300 to 400 slot machines”.

But according to the Marianas Variety report, Best Sunshine chief executive Mark Brown has sent a letter to the CNMI governor requesting the extension of several deadlines related to the construction of the casino resort.

The report said that Best Sunshine has requested an extension of their temporary casino operations from April 30, 2017 to October 31, 2017; as well as an extension of the deadline to complete the construction and commence operations of the permanent casino from August 11, 2017 to February 11, 2018. The company is also seeking to extend the deadline to complete and begin operations of Phase One of the casino resort from February 11, 2018 to May 1, 2023, reported the media outlet.

The newspaper said the company justified its request with the “extensive damage to the construction site and office” caused by Typhoon Soudelor in 2015, which was considered the strongest tropical cyclone in the Asia Pacific region that year. Best Sunshine additionally cited a shortage of skilled construction workers; limited cement supply; and unpredictable ground conditions as other reasons for requesting the extension of the deadlines.

CNMI governor Ralph Torres was quoted by the Marianas Variety as saying that Imperial Pacific is not breaching the existing agreement.

“There’s no violation. We are reviewing the agreement to allow an extension and to address concerns,” Mr Torres was quoted as saying.

On Wednesday, Imperial Pacific said in a filing to the Hong Kong Stock Exchange that it had completed the issuance of US$100 million-worth of 7.8-percent per annum unsecured notes, due 2019, to a company called Inventive Star Ltd, which is the controlling shareholder of Imperial Pacific.