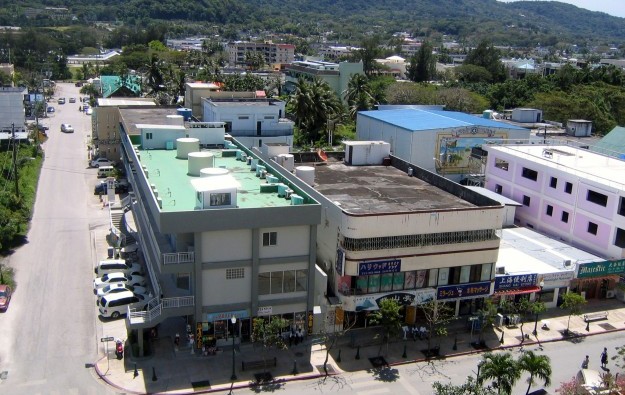 Imperial Pacific International Holdings Ltd – holder of a casino licence for the Pacific island of Saipan (pictured) – will be allowed by the authorities there to bring in outside investors up to a limit of 49 percent of the issued share capital of the company.

That is according to a filing by the firm to the Hong Kong Stock Exchange on Wednesday.

In late September, Imperial Pacific – an investor in the profit stream of Macau junket firm Hengsheng Group – said in a filing that the total development cost for its casino project on Saipan was now estimated at about US$7.1 billion. That is three-and-a-half times the minimum amount originally stipulated by the Commonwealth of the Northern Mariana Islands (CNMI) – a U.S. territory – when it invited investors to tender for a single casino licence.

The US$7.1 billion figure is more than twice the minimum that Imperial Pacific had pledged as recently as mid-August to spend.

An August 13 agreement made between Imperial Pacific and the Lottery Commission of CNMI had said that any change of 10 percent or more in the “total equity, control, or shares of the company” would be deemed a “licence transfer”, and would need “express written authorisation” of the casino commission.

Wednesday’s filing said that “on 19 November 2014, the parties have entered into a written amendment to the casino licence agreement such that the restriction is no longer applicable,” adding that the current controlling shareholder of Imperial Pacific is Inventive Star Ltd.

The latest filing further stated that the board of Imperial Pacific would use “its best efforts to procure that Inventive Star does not reduce its shareholding in the issued share capital of the company to less than 51 percent during the term of the casino resort developer licence.”

The Lottery Commission of CNMI confirmed on July 15 that Best Sunshine International Ltd, a subsidiary of Imperial Pacific, had been awarded a casino licence on Saipan, the largest island in the territory, subject to “terms and conditions”.

CNMI has agreed to receive a defined number of fees for the granting of the Saipan casino licence, rather than to ask for a licence fee plus a tax on the gambling gross during the life of the licence, as occurs in many jurisdictions.

Macau recorded 965 “gaming-related” crimes in full-year 2022, down 29.7 percent on the 1,372 identified in the previous year, according to the latest statistics published on Tuesday by... END_OF_DOCUMENT_TOKEN_TO_BE_REPLACED