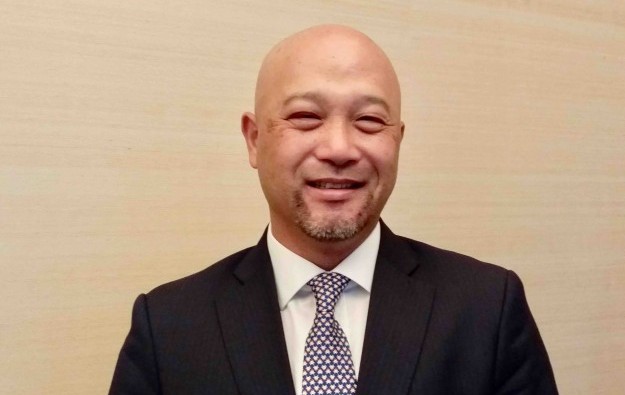 The owners of Imperial Pacific International Holdings Ltd are fully committed to realising the permanent casino resort the group has pledged to build on the Pacific island of Saipan, said Lu Hou Tsai (pictured), senior vice president of operations for Imperial Pacific. He was speaking to GGRAsia on the sidelines of the recent Japan Gaming Congress 2018 in Tokyo, Japan.

“This project will go through. We are working diligently to get the hotel up, because once the hotel is up, that will further assist us in increasing our cash flow,” stated Mr Tsai.

Last summer the group said it was opening its permanent casino at Imperial Pacific Resort on July 6, 2017. The permanent resort’s design also calls for 350 hotel rooms and 15 villas. The group has been looking for further investors to help complete the project.

“It’s not conducive to business when you have customers staying at ‘this hotel, that hotel’, noted Mr Tsai, referring to the present need to accommodate its existing gambling customers in other hotel properties.

“Right now, we have over 1,000 construction workers on site, and our construction company is a U.S.-based construction company,” he added. He was alluding to previously-reported issues regarding the alleged use – by some previous contractors on the project – of imported labour non-compliant with local regulations.

Mr Tsai noted, referring to the Occupational Safety and Health Administration of the U.S. Department of Labor: “OSHA has come in and given us the blessing, so we are 100 percent good to go as far as ramping up our construction efforts are concerned.”

In late March, when Imperial Pacific announced its 2017 annual results to the Hong Kong Stock Exchange, the group said it was in talks with investors with the aim of completing construction of its casino resort in Saipan, in the Commonwealth of the Northern Mariana Islands (CNMI), a U.S. jurisdiction.

As a condition of its casino licence for Saipan – the largest island of CNMI – Imperial Pacific was required to complete an “initial gaming facility” at its Imperial Pacific Resort – including a minimum number of hotel rooms, a gaming area, food and beverage outlets, shops and meeting space – by no later than August 31 this year.

Imperial Pacific said its annual report had been compiled on a “going concern basis” in the belief that the local regulator would grant an extension on the August 31 construction deadline.

In its annual report filed on April 27, Imperial Pacific stated, referring to the local regulator: “As at the date of approval of these consolidated financial statements, the company has notified the Commonwealth Casino Commission of its intended application to extend the deadline to complete the initial gaming facility. The directors are of the opinion that the necessary approval will be granted for the deadline extension application.”

The group added that as of December 31, 2017, “approximately US$650 million” had been invested in the “design, consulting, engineering, construction materials and labour costs” for the Saipan resort.