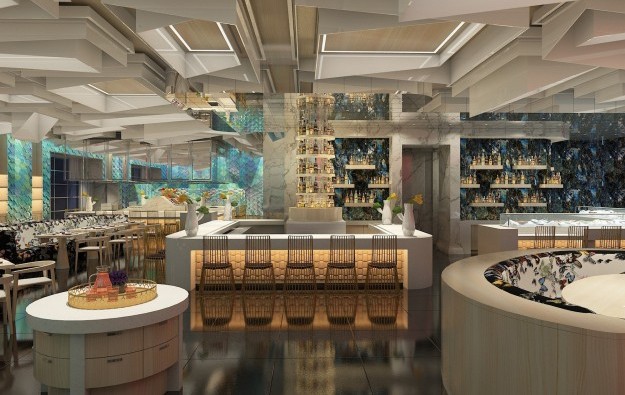 A super typhoon that struck the U.S. Pacific jurisdiction of the Commonwealth of the Northern Mariana Islands (CNMI) several weeks ago is still having effects on air transport and tourism, and has led to the temporary closure – with effect from Friday (November 16) – of the Imperial Pacific Resort casino complex (pictured), reported local media, citing a statement from the resort operator.

Super Typhoon Yutu struck on October 25, and is said to have caused severe damage, including to the main island of Saipan – where the casino resort promoted by Hong Kong-listed Imperial Pacific International Holdings Ltd is located – and neighbouring Tinian.

Imperial Pacific’s local operating unit, Imperial Pacific International (CNMI) LLC, said in a Thursday press release carried in full by the Saipan Tribune newspaper on Friday and referring to a 2015 typhoon: “Although the Saipan International Airport is scheduled to resume normal operations soon, our previous experience with Typhoon Soudelor was that it took several weeks for the tourist population to normalise because tour packages were cancelled and it will take time to entice visitors to visit…”

The casino operating unit added, referring to the latest large storm: “Initially, once all the tourists left our islands, Imperial Pacific decided to have limited casino operation hours for two weeks, from November 2 to November 15, 2018.”

The operating unit claimed in the statement that the resort had suffered “millions of dollars in unexpected damage”.

At the time of the move to limited operations, “non-essential employees were allowed to either take paid time off or voluntarily participate in the company-initiated community service programme with stipend allocation, to help in the community’s recovery efforts,” said the local operating entity.

The unit added: “In order to make the necessary post-typhoon repairs and because Imperial Pacific did not want to continue to keep casino open by attracting only residents to patronise the casino, Imperial Pacific has made the difficult decision to temporarily shut down casino operations effective Friday, November 16, 2018, until further notice.”

The Marianas Variety newspaper quoted CNMI’s governor, Ralph Torres as saying: “This just shows how fragile our economy and the tourism industry is: one event like Super Typhoon Yutu can affect our future.”

In its interim balance sheet filed at the end of August, the Imperial Pacific parent firm said VIP rolling chip volume at its Saipan resort was about HKD100.3 billion for the first six months of this year, down 48.9 percent in the corresponding period last year.

The decision by the Macau government to grant fresh 10-year licences to each of the city’s six incumbent casino operators has been welcome by top management at those firms. Each of the concessions... END_OF_DOCUMENT_TOKEN_TO_BE_REPLACED