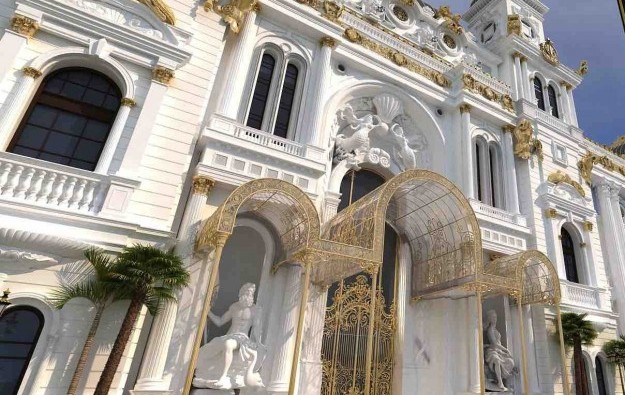 The developer of a casino project on the Pacific island of Saipan says it completed on Tuesday the issuing of convertible bonds in the principal amount of HKD50 million (US$6.4 million).

Imperial Pacific International Holdings Ltd confirmed in a filing to the Hong Kong Stock Exchange that it expected to net approximately HKD46 million from the exercise.

A June 16 filing from the firm said the proceeds would be for “phase one of the Saipan project and the general working capital of the group”.

The company additionally said in a filing on June 20 that it would use HKD39 million of the proceeds to settle payments to contractors building the Imperial Pacific Resort (pictured) and HKD7 million for staff salaries.

That June 16 document had also mentioned the bonds would offer 4 percent interest per year, payable semi-annually on June 30 and December 31. The maturity date of the convertible bonds would be the second anniversary of the date of issue.

Imperial Pacific has the right to an exclusive casino licence on Saipan, the main island of the Commonwealth of the Northern Mariana Islands, a United States jurisdiction. The firm is currently operating a temporary casino facility known as Best Sunshine Live, and catering particularly to credit-based VIP play.

Macau’s casino gross gaming revenue (GGR) for the first five days of February is estimated at MOP1.9 billion (US$235.1 million) – or MOP380 million per day – a level that suggests a “45... END_OF_DOCUMENT_TOKEN_TO_BE_REPLACED