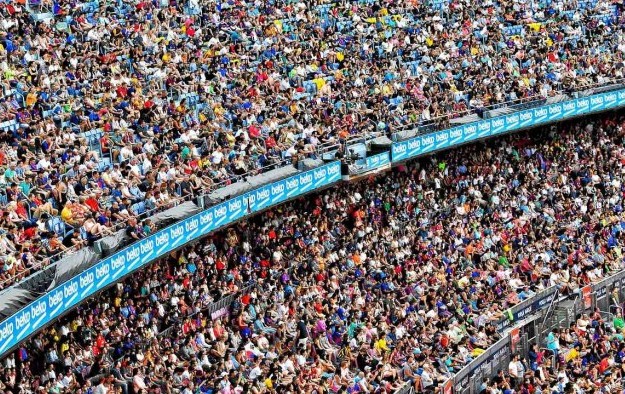 A report from the Law Commission of India, published this month, has recommended that gambling and sports betting in that country should become a legally regulated industry. It also made reference to legalisation of “online gambling”.

The authors – including senior judges – concluded that although in their view social harm was caused by sports and other online betting, the unregulated sort was happening anyway, and it was better to have official products that could be taxed and regulated.

“Many countries that prohibit gambling have not been successful, particularly with regard to online gambling,” the 145-page report noted.

“Incapability to enforce a complete ban has resulted in rampant increase in illegal gambling, resulting in a boom in black-money generation and circulation,” stated the report authors.

“Since it is not possible to prevent these activities completely, effectively regulating them remains the only viable option,” they added.

But the government of Uttar Pradesh – one of India’s most populous and prosperous states – submitted an opinion opposing such a move for liberalisation, on the basis it went “against social norms and would increase crime rates”.

The title of the Commission’s report: “Legal framework: gambling and sports betting including cricket in India,” indicates one of the main areas of interest for Indian lawmakers, and for Indian consumers.

Alleged match-fixing by corrupt cricket players – linked in media reports to the incidence of so-called “spot betting”, wagers that are made online by consumers and focusing on key moments in a game, such as the timing of a certain high-scoring shot – has even infected the international level of the game.

“Match-fixing and sports fraud should be specifically made criminal offences with severe punishments,” noted the authors of India’s Law Commission report.

Advocates for the legalisation move – as quoted in the report – said it would mean India could collect tax revenue on consumer spending that would otherwise go to the black market.

The study said that in France in 2016 the gambling market – “all networks included” – generated gross gaming revenue of EUR9.75 billion (US$11.4 billion at current exchange rates), while the amount of tax revenue collected from online gambling activity – including value-added tax – amounted to EUR429 million.

Regarding some safeguards on a regulated gambling and sports betting market, the Indian report stated: “Gambling and betting, if any, should be offered only by Indian licensed operators … possessing valid licences granted by the game licensing authority. For participants, there must be a cap on the number of transactions an individual can indulge in these activities in a specific period, i.e., monthly, half-yearly or yearly.”

The review added nonetheless that foreign investment should be considered for such a regulated sector, with India’s rules on foreign direct investment amended to permit investment “in the casino/online gaming industry” and “technological collaborations, licensing and brand sharing agreements, etc.”

The authors stated: “Allowing foreign direct investment in this industry would bring substantial amounts of investment to those states that decide to permit casinos, propelling the growth of the tourism and hospitality industries, while also enabling such states to generate higher revenue and employment opportunities.”

An April 2016 report from Global Market Advisors LLC suggested that casino gambling by the growing middle class of Indian nationals had the potential to generate nearly US$10.2 billion annually by the year 2025, provided there is the right product in the market.