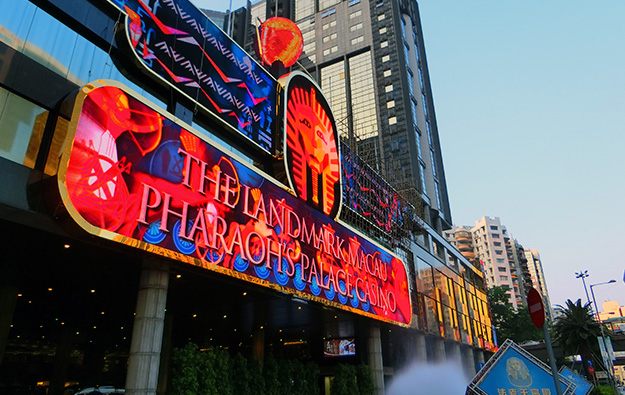 A letter of intent relating to the potential disposal of the Landmark Macau casino hotel (pictured) in Macau has expired without a deal being concluded. The information was given by the developer and current owner of the property, Macau-based casino services firm Macau Legend Development Ltd, in a filing to the Hong Kong Stock Exchange after trading hours on Friday.

“At present, the company has been approached by and is in negotiation with a potential buyer, an independent third party, on the potential disposal of the property, and remains positive on the disposal,” said the filing.

“It is expected that completion of the disposal will occur soon after the potential buyer completes its due diligence and the necessary regulatory approvals in Macau and Hong Kong are obtained,” it added.

A filing on March 23 had said the potential buyer as of that time was “Li C.K.”, which it described as “a substantial shareholder” and “a connected person of the company”.

A report at that time from the Hong Kong Economic Journal identified the buyer as Li Chi Keung. A person of that name as rendered in English is described in the firm’s 2016 interim report – also released on Friday – as having an approximately 12 percent interest in Macau Legend.

In a filing on August 18, the company – led by former Macau legislator David Chow Kam Fai – reported an interim loss of approximately HKD175.29 million (US$22.6 million) for the six months to June 30. The interim loss was more than double the HKD68.44-million loss reported in the first half of 2015.

Macau Legend has gaming operations – using the gaming licence of SJM Holdings Ltd – at Pharaoh’s Palace Casino at the Landmark Macau, and at Babylon Casino. The latter is located at Macau Fisherman’s Wharf.

Macau Legend announced on September 1 that it had completed the acquisition of a casino property in the Southeast Asian country of Laos; a venue known as Savan Vegas Hotel and Entertainment Complex.

The imminent return of package tours from mainland China will not only help boost Macau’s tourism businesses, but is also expected to help casinos gain more foot traffic in their mass gaming... END_OF_DOCUMENT_TOKEN_TO_BE_REPLACED