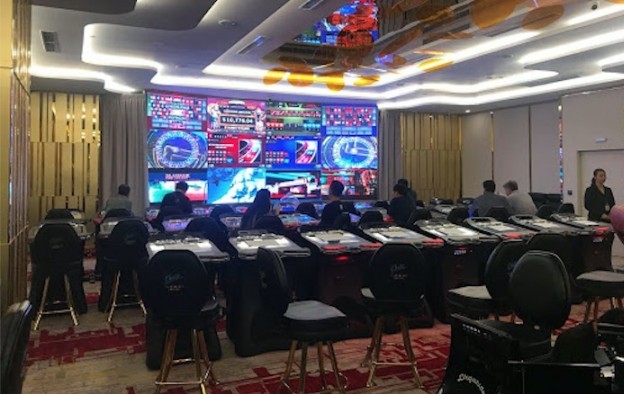 Interblock DD, a specialist in the supply of casino electronic table games (ETGs), announced on Monday placement of two of its products at the New World Hotel (pictured), in Ho Chi Minh City, Vietnam. The deal is said to expand Interblock’s product presence at the International Tourist Club – the gaming venue inside the hotel – to more than 60 player seats.

The new products are a Diamond Virtual Baccarat machine with seven seats, and a Diamond Automated Roulette with six seats, according to the Monday announcement. The new products complement existing Interblock products at the gaming venue, namely an Organic Roulette machine and a so-called stadium installation known as a Diamond Stadium. The latter consists of a 40-seat setup, with two roulette play generators, one dice game generator and one virtual baccarat.

The selection of Interblock as a supplier was in line with buying decisions made by “all thirteen gaming clubs… in Ho Chi Minh City,” said Jeffy Hui, general manager of the New World Hotel, in comments cited in the release.

Michael Hu, Interblock’s vice president of Asia, said in a prepared statement included in the release: “We are thrilled to be part of New World Hotel [and] ITC’s recent product upgrade. The new products provide New World Hotel’s players with a variety of unique electronic table gaming experiences.”

In early May, Interblock said it had expanded its footprint in Asia with installation of new electronic table game units in Vietnam and the Philippines.

In the emerging Vietnam market, Interblock’s StarBar player terminal for use on bar tops at licensed gaming venues, is a popular product, Mr Hu told us during the Global Gaming Expo (G2E) Asia 2018 casino industry trade show held in Macau in mid-May. Each play station can either be used as an automated standalone bar top gaming machine or can be connected to a wider system in order to offer dealer-assisted or automated games; including those based on dice, cards and roulette, Mr Hu explained.

Macau’s health authorities said on Sunday that they would require all people wishing to enter the city’s casinos not only to have their body temperature measured and to display a... END_OF_DOCUMENT_TOKEN_TO_BE_REPLACED