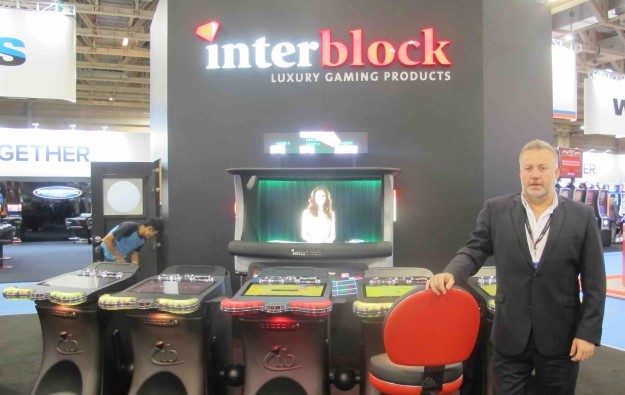 Casino electronic table games specialist Interblock DD is putting its years of experience in Asia to work in Australia and New Zealand, as its seeks to expand its footprint in the Asia Pacific region.

“Asia has been operating very well for us for a long period of time. So, adding the strength of Asia and the communality of the demographic of players in Australia and New Zealand, it made a lot of sense for us to expand,” the newly appointed senior vice president for Asia Pacific, Cameron Louis (pictured), told GGRAsia.

Interblock is a specialist in fully and semi-automated electronic table games (ETGs) and video gaming machines for casinos, gaming arcades and gambling halls.

“We are now going to…get everything up and running in the next few months and employ the right people,” said Mr Louis.

The company has a strong presence in Vietnam and the Philippines, but its expansion plans include other jurisdictions in Asia. Interblock is currently in negotiations to enter Cambodia and Lao, said Mr Louis.

In Macau, the strategy will be focused on “getting the business rejuvenated”. “We’ve got some new features and products that the Macau market asked for. So, will be able to accomplish that,” the executive said.

Revenue in the Macau market from a certain category of ETG – known locally as Live Multi Game (LMG) – was the only major casino game product category in Macau to show a year-on-year improvement in gross gaming revenue (GGR) in the first quarter of 2015.

“In any business anywhere in the world, even though there is a downturn, there’s always a business segment that grows. ETGs…continuously innovate and bring new products and features,” said Mr Louis.

At Global Gaming Expo (G2E) Asia 2015, taking place in Macau this week, Interblock is showcasing its latest line of gaming products, including the Diamond IB-HG with five play stations and offering no-commission baccarat games with a range of custom-developed side bets.

“The base underline game, like roulette or baccarat, work – but it’s about creating multi play, side bets and all that kind of stuff that engage players and innovate the games,” said Mr Louis.

The company has also on display at G2E Asia the MiniStar Roulette and the Diamond Roulette Generator, both with eight play stations, offering single zero games.

“We have a lot of dynamic products and we are a very innovative company, with a wide range of stable and luxury products,” said Mr Louis.

“We have a very good understanding of what the product is going to do before it goes to market,” he added.

The business model for ETGs is likely to be attractive to casino operators not only in Macau but also in other Asian jurisdictions, suggested the Union Gaming report published this month.

Stocks of Macau casino operators rose substantially in the Hong Kong market on Monday, after the local government announced on Friday a bill proposing a new regulatory system for gaming... END_OF_DOCUMENT_TOKEN_TO_BE_REPLACED