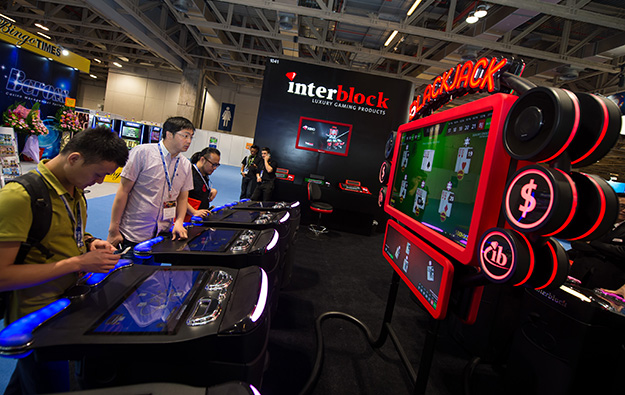 Interblock DD, a specialist in the supply of casino electronic table games (ETGs), is to install 10 of its MiniStar roulette units – each with eight play stations – in five of Melco Crown Entertainment Ltd’s Mocha Club gaming halls in Macau, the gaming supplier announced.

Interblock said its MiniStar product line has a smaller footprint than some other ETGs, making it well-suited to slot halls or casino floors with a high density of machines. The MiniStar automated roulette product enables venue operators to generate between 80 and 150 game results per hour, the firm stated.

Mocha Clubs is a chain of Macau venues run by casino operator Melco Crown that offers only electronic games.

Mr Louis told GGRAsia in an interview – prior to the announcement of the Mocha deployment – that Interblock hopes to have substantial business growth in Asia this year. Part of the reason is because of its investment in products that offer flexibility for casino operators in the region’s markets, added Mr Louis.

“We’re spending a lot of time with our customers to make sure that our products are performing to their expectations,” the executive said. He was speaking during Global Gaming Expo (G2E) Asia 2016, a conference and trade exhibition for the casino gaming industry, held from May 17 to May 19 at the Venetian Macao casino resort.

Mr Louis explained how Interblock, following some feedback from clients, had invested in research to “have a look at what the players do,” including whether they are prepared to have more games per hour. “We found out that they were,” he said, adding that the company reflected that into some of its new offering.

According to the Interblock executive, Macau is “now starting to open up quite a bit” to electronic table games. “Macau is really starting to grow for us really well,” he added.

At G2E Asia 2016, Interblock showed its Diamond ETG product line as well as some video-based products and its bar top gaming machine StarBar.

“We do have some new products available, that have been installed in the U.S. and in Europe,” Mr Louis said. “We would expect possibly one or two [new Macau] venues may take those products up as our product grows and gets market acceptance and comes out of beta testing,” he added.

He expects that Macau casinos already deploying Interblock products would be interested also in some of the company’s new products.

Interblock hopes to see its Diamond product range installed at  Sands China Ltd properties in Macau by the “latter half of June”. The news of the Diamond product deployment had been announced in April.

“It would be the first installation of that product in Macau, but there are variations of it going into Mocha [Clubs] and City of Dreams as well,” Mr Louis said, referring to venues run by casino operator Melco Crown.

The Interblock executive also noted that the product line is already widely deployed across Asia, adding that the company’s overall offerings “are very well accepted by our customers and their players” in the whole region.

Paradise Co Ltd, an operator of foreigner-only casinos in South Korea, reported casino revenue of nearly KRW48.65 billion (US$39.8 million) for January 2023, according to a Thursday filing to the... END_OF_DOCUMENT_TOKEN_TO_BE_REPLACED