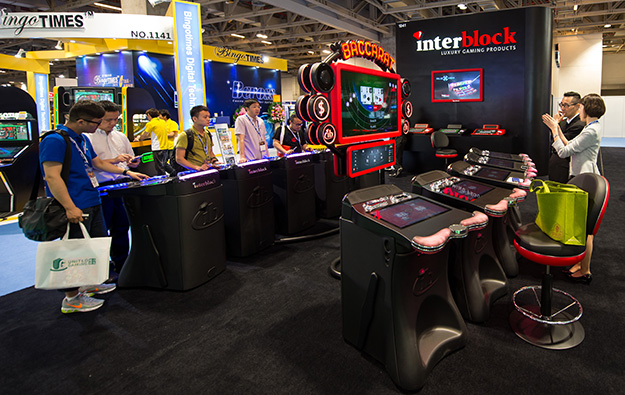 Interblock DD, a specialist in the supply of casino electronic table games (ETGs), says it has completed an 84-seat stadium-style installation of machines at Okada Manila, the latest gaming and entertainment resort in the Philippines. Interblock said in a press release on Tuesday that it is currently “the only ETG operator on Okada Manila’s casino floor”.

The stadium at Okada Manila has three “dealer assist generators” and offers respectively, baccarat via two card shoes, roulette, and sic bo, according to Interblock. The 84 play stations feature 27-inch high definition screens that allow players easily to follow each active game, and enable players to place wagers game by game or simultaneously across a number of games, the firm added.

Interblock said its stadium-style products “allow operators to easily transform a dealer-assisted stadium into a fully automated stadium, ensuring that the section of the casino floor is always active, and able to generate constant revenue”.

“We are thrilled to partner with Okada Manila in bringing this revolutionary stadium gaming experience to their casino floor,” said Michael Hu, Interblock’s vice president of Asia, in a statement. “We are excited to continue our relationship with Okada Manila not only as partners, but as their electronic table game vendor of choice,” he added.

In addition to the stadium, Interblock has also installed two, eight-unit, configurations of its automated Diamond Roulette product, the firm said.

Okada Manila is operated by Tiger Resort, Leisure and Entertainment Inc, a subsidiary of Universal Entertainment Inc. The latter is headed by Japanese gaming and pachinko entrepreneur Kazuo Okada.