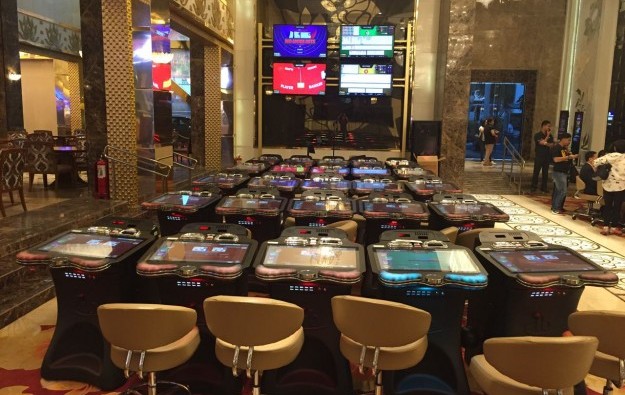 Interblock DD, a specialist in the supply of casino electronic table games (ETGs), says it has expanded its footprint in Asia with installation of new units in Vietnam and the Philippines.

In a press release on Tuesday, Interblock announced a deal with Vegas Plaza, which it said brought its footprint to more than 60 seats in that casino. The venue is located within the 5-star Grand Plaza Hanoi Hotel, with the release claiming the gaming venue has a 70-percent share of the ETG and electronic gaming machine (EGM) market in Hanoi.

The Interblock new product mix available at Vegas Plaza consists of one automated Diamond Roulette with eight seats and two Queen Roulette units. According to the release, it also includes an Interblock Stadium offering one mechanical card generator for baccarat and two automated roulette generators that give players the opportunity to play up to three games at a time from one of 20 seats.

“We are thrilled to have contributed to the success of Vegas Plaza. Our sleek and attractive Diamond and Organic ETGs provide a luxurious player experience that uniquely aligns with the casino’s atmosphere,” said Michael Hu, Interblock vice president for Asia, in a prepared statement included in the release.

“This footprint is another significant presence for Interblock in Hanoi, Vietnam,” he added.

The company said it remains the segment market leader in Vietnam, “with more than 90 percent market share and more than 2,500 units installed [in that market]”.

In a separate release on Monday, Interblock announced the placement of two 25-seat Diamond Stadiums at properties operated by Thunderbird Resorts and Casinos in, respectively, Rizal (pictured) and Poro Point, in the Philippines.

Each Diamond Stadium is composed of 25 play stations, one live baccarat table and three video generators that deliver baccarat games, according to the release. All baccarat games are accessible from each play station, said Interblock.

Macau gaming operator Wynn Macau Ltd is asking some management-level staff to volunteer to take 10 percent of their monthly base pay in the form of company stock, according to a notice recently sent... END_OF_DOCUMENT_TOKEN_TO_BE_REPLACED