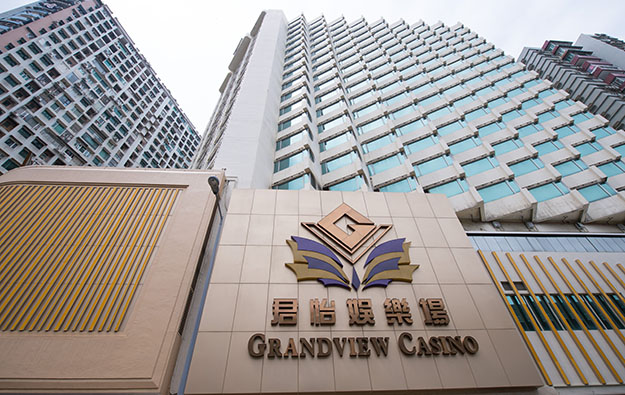 The decrease was “primarily attributable” not to its gaming interests, but to “an increase in impairment loss on advances to customers” in the group’s margin-financing segment, the firm said in a Friday filing.

Revenue from Kingston Financial’s external gaming customers moved into the black for the six months to September 30, to just under HKD18.8 million, compared to a nearly HKD13.6-million negative result for gaming revenue in the prior-year period.

Kingston Financial controls the Casa Real casino on Macau peninsula, and the Grandview casino (pictured) on Taipa, in both cases via SJM Holdings Ltd’s gaming rights.

Macau’s casino gross gaming revenue (GGR) for the first five days of February is estimated at MOP1.9 billion (US$235.1 million) – or MOP380 million per day – a level that suggests a “45... END_OF_DOCUMENT_TOKEN_TO_BE_REPLACED