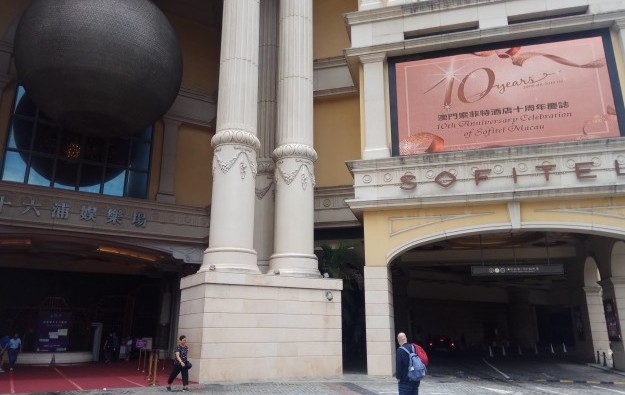 An investor in Macau’s Ponte 16 casino hotel resort (pictured) in downtown Macau reported on Thursday a 232.3-percent increase in first-half profit – as flagged to the Hong Kong Stock Exchange earlier this month.

Such profit was HKD48.7 million, compared to just under HKD14.7 million in the prior-year period.

“Ponte 16 outperformed Macau’s gaming industry… with a growth of approximately 6 percent in its GGR [gross gaming revenue] for the reporting period which was mainly… from its mass market segment,” said Success Universe Group Ltd in its interim report for the year to June 30.

It did not give a breakdown of financial performance for the casino, which is operated under the gaming licence of SJM Holdings Ltd. A subsidiary of the latter firm is also an investment partner in the resort.

As at June 30, Ponte 16’s casino had 109 gaming tables: 98 for the mass market; seven high-limit tables and four VIP ones. The firm didn’t give details for its slot machine and electronic game inventory.

Cost of group sales at Success Universe during the period also rose 38.6 percent to HKD646.6 million, from HKD466.3 million.

But the group’s share of results of associates rose 146 percent, to HKD56.6 million, from HKD23.0 million in the prior-year period.

Earnings per share – basic and diluted – were HKD0.99 and HKD0.30 respectively. The directors did not may any recommendation regarding an interim dividend.

Sonny Yeung Hoi Sing, chairman of Success Universe, was quoted as saying in a press release accompanying the results that the group had always been “cautious and prudent” in its corporate strategies in order to create “long-term value for stakeholders”.

Success Universe reported a profit of nearly HKD54.5 million for full-year 2018, having made a loss the year before. The positive result last year was due mainly to its share of profit flowing from the Ponte 16 casino hotel, the company had said in March in a filing to the Hong Kong bourse.

Mr Yeung added in Thursday’s press notice on the first-half 2019 numbers, without mentioning specific reasons: “Although the year ahead will be full of challenges, the group will continue to stick to this principle [of prudence] and stay competitive in the rapidly-changing business environment.”

A Wednesday note from Union Gaming Securities LLC had mentioned that “the outlook in Macau has become increasingly cloudy with ongoing VIP softness, social unrest in Hong Kong, economic implications for the U.S.-China trade war, [and] incremental competition from regional Asian gaming markets…”