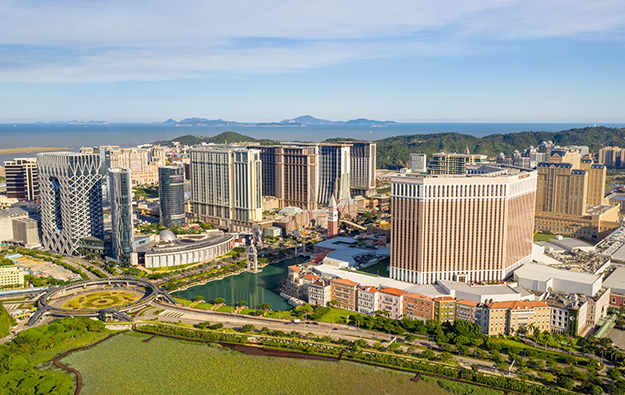 “We believe continued improvement in sequential (weekly/monthly) GGR trends will serve as a tailwind for Macau stocks, including Las Vegas Sands (LVS), with much if not all, of the bad news priced in, in our view,” wrote Deutsche Bank analysts Carlo Santarelli and Steven Pizzella in a Monday memo.

Wilfred Wong Ying Wai, president of Sands China, said on Saturday that China’s proposed criminalisation of the promotion to mainland residents of gambling “overseas”, would not have a “bigger impact” on Macau’s gaming revenue trend than had been seen currently due to Covid-19 and to the mainland’s capital controls. The Sands China executive also said he believed the Macau gaming industry would see gradual improvement in its business.

The Deutsche Bank analysts noted: “We believe, in the near term, the impact these regulatory declarations [of China] could have on the junket network are understood, while longer term, these moves could drive incremental mainland play to Macau, as opposed to other international jurisdictions.”

DS Kim, Derek Choi and Jeremy An, analysts at JP Morgan Securities (Asia Pacific) Ltd, had said in a Monday memo, that Macau’s daily gross gaming revenue in the previous week had been approximately MOP200 million (US$25 million), compared to MOP280 million daily during the autumn Golden Week period at the start of October. Both numbers were nonetheless a big improvement from September’s daily GGR tally of MOP74 million, said the institution.

Macau’s month-to-date trends suggested October GGR was likely to decrease by “70 to 75 percent” year-on-year, according to JP Morgan.

“While the near- to medium-term recovery outlook is grim, the longer-term outlook also remains clouded,” against the backdrop of the expiry in June 2022 of Macau’s six current gaming licences.

“We still expect the government to extend concessions for one year to give local officials more time to refine the existing gaming law,” Mr DeCree wrote.

“Ultimately, we expect all six operators will be renewed but this uncertainty, coupled with the sluggish recovery leaves us cautious on the entire group,” the Union Gaming analyst added.