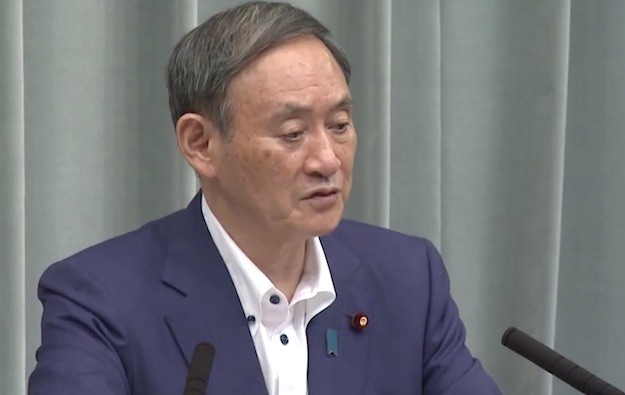 Yoshihide Suga (pictured), Japan’s chief cabinet secretary under outgoing prime minister Shinzo Abe, was elected on Monday as president of the country’s Liberal Democratic Party (LDP), paving the way for the likelihood of Mr Suga becoming the next premier.

Mr Suga received 377 votes in the party poll. His rivals Fumio Kishida and Shigeru Ishiba got 89 votes and 68 votes respectively, according to information collated by GGRAsia’s Japan correspondent.

Mr Suga has supported the policy of having casino complexes or integrated resorts (IRs) as they are known in that country.

The LDP leads a coalition that currently commands a majority in the country’s parliament. The leader of the largest party usually becomes prime minister.

A decision on the top job will be taken during the next extraordinary session of the country’s parliament, which is due to be convoked on Wednesday (September 16), according to the website of the country’s House of Representatives.

Mr Suga has been characterised by commentators as an economic reformer in the style of Mr Abe.

Mr Suga had said, in a September 4 television interview in his Kanagawa constituency, that the national policy of introducing casino resorts was vital to the country’s plan for promoting inbound tourism, and that he would proceed with it.

The capital of Kanagawa prefecture is Yokohama, which has put itself forward as a likely candidate to host a casino resort under Japan’s liberalisation process. Up to three venues will be permitted in a first phase of such opening up.

While chief cabinet secretary, Mr Suga has been deputy director-general of a national government body linked with pushing ahead the integrated resort policy.

It is likely that Macau will shortly have a third round of citywide centre-based Covid-19 testing in little more than a week, after the results so far of a second mass test – that was due to finish... END_OF_DOCUMENT_TOKEN_TO_BE_REPLACED