IVS system changes would be Macau plus: Bernstein 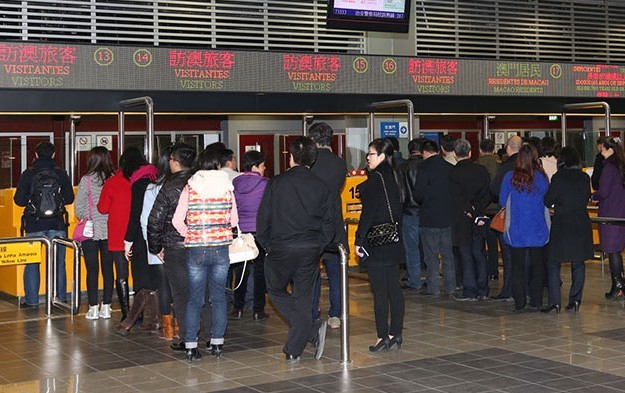 Adding more mainland China cities to the Individual Visit Scheme (IVS) would be the “most positive” for the Macau casino industry, among policy support measures mentioned recently by the central government.

So says a note issued on Monday by brokerage Sanford C. Bernstein Ltd. It offers commentary on some Beijing policies to support the regional economy of the Pearl River Delta that were outlined recently by China’s State Council. They include possible – but unspecified – “optimisation and adjustment” to IVS policy. The State Council also mentioned support for Macau’s development as a “world centre of tourism and leisure”, a policy aim mentioned previously by the Macau government.

The IVS allows people from designated cities in mainland China to apply for visas to travel independently to Macau and Hong Kong.

“The statement did not specify the details,” stated Bernstein analysts Vitaly Umansky and Simon Zhang, referring to possible changes to IVS policy.

But they noted: “Adding more IVS cities to the current 49 eligible cities… would be most impactful and positive to drive incremental visitation to Macau.”

The analysts added: “Currently, most IVS visas to Macau allow for only one or two entries within [the] valid period. If multi-entries are allowed for [travellers from] some key feeder cities, it could be positive support to Macau.”

The brokerage’s team noted that were the length of stay on IVS visas to be increased, “although this could be positive in sentiment, we believe it will not have material impact as most visits are for two to four days.”

Investors pay attention to trends and developments in the administration of the IVS system because the spending power of IVS visitors to Macau is thought generally to be higher than that of mainland Chinese visitors arriving on package tours. They are thought in particular to spend more at casino tables and slots in Macau than package visitors.

About a fifth of mainland China’s population are currently eligible to apply to visit Macau under the IVS.

But analyst David Bain of brokerage Sterne Agee CRT warned in a Monday note that the market should not read too much into recent policy signals.

“We believe investors may be overly enthusiastic about recent mainland policy statements in support of Macau,” he stated.

David Katz and Brian Davis of Telsey Advisory Group LLC stated in a Monday note: “Our discussions with [Macau] company management teams suggest that there is some actual improvement in mass play, which is a positive dynamic, given the higher profitability of mass versus VIP and the need for mass market growth to support new Cotai projects in the future.” They estimated Macau was tracking in March for an 18 percent year-on-year decline in GGR.

Cameron McKnight of Wells Fargo Securities LLC estimated in a Monday note the likely March revenue decline would be 15 percent to 16 percent.

Sanford Bernstein and Daiwa Securities Group Inc separately warned investors against relying too heavily on weekly numbers for Macau’s GGR – based on unofficial industry returns – for signs of trending improvement in the city’s gambling market.

“Over the past few months we have seen volatility of the weekly results increase and our comfort level with the channel checks has been reduced. While the weekly numbers may still have some relevance, we highlight our reduced conviction level on the reliability of these figures,” said Sanford Bernstein’s Mr Umansky and Mr Zhang.

Jamie Soo, Adrian Chan and Jennifer Wu of Daiwa noted: “There have been increasing inconsistencies between various data sources as well as against observations noted on the ground. We highlight that the reliability of these figures is in question… we strongly advise investors to exercise a very high degree of caution when trying to extrapolate trends from the recent weekly numbers and/or to evaluate investment decisions based on them.”

Japanese brokerage Nomura said in a Tuesday note that it estimated that tables-only revenue for Macau during March 14 to 20 inclusive was up 9 percent week-on-week, while for the whole month, GGR was likely to be down 17 percent to 20 percent year-on-year.

“Takeaways from our recent field trip and comments from our industry contacts both suggest that the mass gaming segment… has been slowing of late, which supports our view that Macau is about to see a moderate recovery but not a ‘V-shape’ rebound,” said Nomura’s Richard Huang, Stella Xing, Harry Curtis and Kelvin Wong.

Macau’s casino gross gaming revenue (GGR) for the first five days of February is estimated at MOP1.9 billion (US$235.1 million) – or MOP380 million per day – a level that suggests a “45... END_OF_DOCUMENT_TOKEN_TO_BE_REPLACED