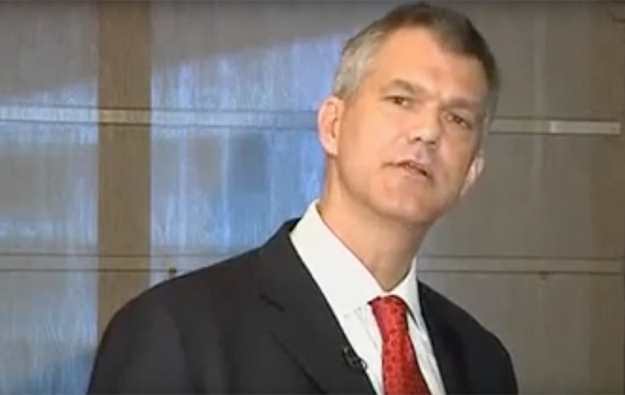 Steve Jacobs (pictured), a former chief executive and former executive director of Macau casino operator Sands China Ltd, has reached a “comprehensive and confidential settlement” under which he has brought about the dismissal of all his court claims in Nevada and at United States federal level against the firm and connected entities, said Sands China in a filing on Wednesday to the Hong Kong Stock Exchange.

The agreement was reached “on or about May 31, 2016,” said the filing. No figure was disclosed regarding the amount of money – if any – involved in the settlement.

It had been previously reported in the U.S. media – citing documents lodged with the courts in the U.S. – that Mr Jacobs had been seeking millions of U.S. dollars in compensation and share options he claimed had been due to him.

Mr Jacobs was dismissed from his post in July 2010 for what Sands China said was “cause”, including an allegation of unauthorised deal making. The former Sands China CEO denied that and had sued, claiming wrongful termination.

Sands China had outlined the litigation in its 2015 annual report filed in Hong Kong on March 23.

Those matters had been due to be tried before a jury “on or after June 27” this year, according to Sands China’s 2015 annual report.

The same filing said that on January 29, this year, Mr Jacobs filed a complaint against Venetian Macau Ltd in the U.S. District Court for the District of Nevada alleging a breach of contract.

Sands China said in its 2015 annual report it had filed a motion to dismiss that complaint, adding that Mr Jacobs was seeking “unspecified damages”.

As part of his October 2010 claim, Mr Jacobs’ lawyers had asked the defendants to produce to the court thousands of emails and other documents related to the Macau business.

Among materials filed by Mr Jacobs’ side was an allegation that he was asked to compile a dossier on sensitive issues connected with Macau officials. Sands China and its parent had strenuously denied the claim, and Mr Adelson said in court testimony the idea for the dossier actually came from Mr Jacobs.

Sands China is expected to seek to refresh its rights to operate casinos in Macau when the current Macau gaming sub-concession held by Venetian Macau Ltd expires in 2022.

Michael Leven, a former president and chief operating officer of casino developer Las Vegas Sands – who stepped in as interim boss of Sands China following Mr Jacobs’ dismissal – was asked by GGRAsia in an interview in April if litigation – in its sixth year as of that date – involving Mr Jacobs was likely to be a drag on the group.

Mr Leven told GGRAsia at the time: “I think all companies have these types of things and I think eventually that will end… I think it will end in a very favourable situation for the company.”

Only two of Macau’s 18 satellite casinos – the Rio Casino and the President Casino – have closed amid changes to the city’s regulatory system for such properties, and against... END_OF_DOCUMENT_TOKEN_TO_BE_REPLACED