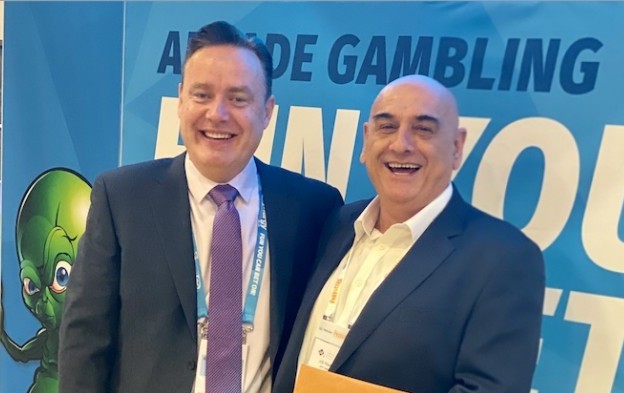 Las Vegas, Nevada, -based gaming-content provider Synergy Blue LLC announced on Monday a deal for distribution of some of its certified software in Asia-Pacific (APAC) markets. It is via an entity called Jade Entertainment Solutions, run by Philippines-based casino-industry veteran Joe Pisano, founder of Jade Entertainment and Gaming Technologies Inc.

Jade is said to have been given full access to Synergy Blue’s library of arcade-style, skill-influenced games – as respectively approved by Gaming Laboratories International LLC (GLI) and BMM International LLC (BMM Testlabs) – that are on the HAWG platform. The latter is said to enable gaming operators to “tailor game play and math variants” according to local regulations and market preferences of players.

The Monday announcement also said Jade would distribute “arcade-style machines” from Synergy Blue, available with either a single-game title or a multi-game format. The titles varied from “classic gambling games”, such as video poker, or “exciting new styles” the content company developed, including “Candy Ca$h”, “Mahjong”, and “Safari Match”.

“This agreement is a great step for Synergy Blue and we’re very excited to work with Jade Entertainment, who are experts in their market,” said Synergy Blue chief executive, Georg Washington (pictured, left), in prepared remarks included in the Monday notice.

It was “crucial” for gaming-content providers to offer “a variety of new experiences with the quality and engagement level that players now expect,” added the Synergy Blue CEO.

“This is what our game library was built for and we’re excited to expand our offering to the Asia-Pacific region,” Mr Washington noted.

Jade Entertainment’s Mr Pisano (pictured, right), was quoted as saying in the same release that the “variety and flexibility built into” Synergy Blue’s products was “compelling for operators,” and the styles of its games were “just what today’s players are asking for”.

Mr Pisano added: “We look forward to working with Synergy Blue and helping guide casinos toward a fun, successful future.”

The verdict – and eventual sentencing – in the case involving Alvin Chau Cheok Wa (pictured in a file photo) and other defendants linked to the now-defunct Macau casino junket Suncity Group Ltd... END_OF_DOCUMENT_TOKEN_TO_BE_REPLACED