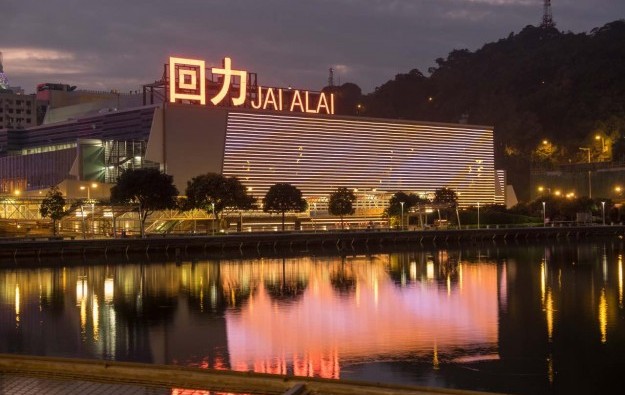 Macau casino operator SJM Holdings Ltd has renewed until December 31, 2022 an agreement to lease the premises of the Jai Alai building from Angela Leong On Kei. Jai Alai is a tourism complex (pictured) – where SJM Holdings runs a casino – near the Outer Harbour ferry terminal on the city’s peninsula.

Ms Leong is considered under Hong Kong Stock Exchange rules as a “connected person” of the casino firm, being a director of SJM Holdings. She is also the fourth consort of the firm’s founder Stanley Ho Hung Sun, and mother of his youngest children, as well as being a member of Macau’s Legislative Assembly.

A Monday filing by the casino firm to the Hong Kong bourse said that the new agreement would start from January 1, 2020. Under it, Ms Leong and “her associates” would be entitled within calendar year 2020 to a maximum of HKD278.7 million (US$35.8 million) in “rental and related payments” from SJM Holdings.

The filing mentioned that each “casino-related implementation agreement” under the latest deal “shall not exceed 26 June 2022, if the gaming concession of SJM is not able to be renewed by that date…”

That was a reference to Sociedade de Jogos de Macau SA, a unit of SJM Holdings that holds the group’s Macau gaming rights, and the fact that the current rights held from the Macau government are due to expire by that date.

SJM Holdings does not give a breakdown for the casino earnings of the gaming operation within the Jai Alai building. But it is classified as one of the firm’s “self promoted” – as opposed to ‘satellite’ – casinos, alongside Casino Grand Lisboa, Casino Lisboa and “Casino Oceanus at Jai Alai”. That last name derives from the fact that Casino Oceanus next door to the Jai Alai building is associated with the latter premises.

According to an SJM Holdings filing in November 2012, the Jai Alai premises were as of that date being leased to the casino group by an entity controlled by Ms Leong. Since then the Jai Alai site, which had housed one of Macau’s oldest casinos and had no hotel, has been completely remodeled. The revamped site – including a 132-room hotel and shops – opened in November 2017.

The existing lease deal with Ms Leong started in December 2016 and expires on December 31 this year.