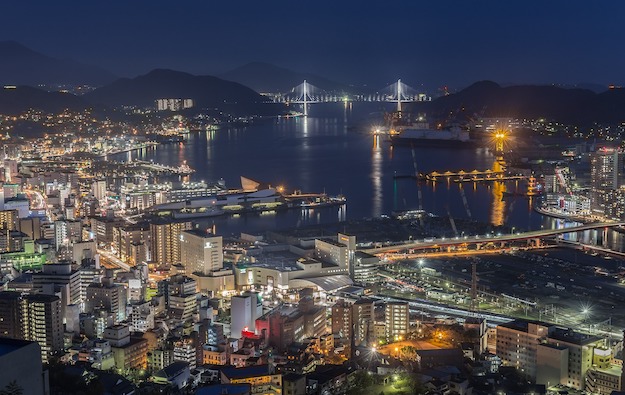 Anti-casino lobbyists in Japan have faced another setback, this time in Nagasaki (pictured), where a prefectural audit committee said on Monday there had been nothing irregular about payment of a fee – said to amount to JPY110 million (US$830,712) – for consultants to support the local government in its pursuit of an integrated resort (IR) with casino.

According to GGRAsia’s Japan correspondent, the audit committee said: “The prefecture has been acting correctly. Since there is no reason to react, the committee dismissed the request” for it to intervene.

The audit request – reported by GGRAsia in June – was from a group calling itself the “Stop the Casino Nagasaki Prefecture Network”.

The group had said that – because it thought there was little chance the national government would approve Nagasaki’s IR scheme due to what the lobbyists regarded as deficiencies in its funding plan – the JPY110 million was not appropriate use of public money. Nagasaki’s scheme has been budgeted at JPY438.3 billion.

The power to ask for such an audit is within the provisions of Japan’s Local Autonomy Act, according to GGRAsia’s correspondent.

The four-member prefectural audit committee was selected by the prefecture’s governor. Two of the present committee are Nagasaki prefectural assembly members that had already voted in support of the local IR plan. The incumbent governor, Kengo Oishi, also supports the IR proposal.

Nagasaki’s bid was submitted to the national authorities a few days ahead of the April 28 deadline.

A June 2 media briefing from an anti-casino group added it was “highly sceptical” about the chances of the fundraising plan for the casino resort proposal from Nagasaki’s private-sector partner, Casinos Austria International Japan Inc, “meeting the requirement set by the central government”. It stated that “if the plan does not meet” such requirements, “there is no chance” for Nagasaki’s scheme “to be selected”.

A possible sale of the Huis Ten Bosch theme park, adjacent to the mooted site for a casino resort in Nagasaki prefecture, has been linked in several Japanese media reports to PAG, a Hong Kong-based private asset management firm, with a speculated price tag of JPY50 billion to JPY70 billion mentioned. PAG has declined to comment on the reports.

Osaka also applied to the central authorities to have an IR. The results of its submission could be known by the autumn, according to one of its private-sector partners, United States-based casino operator MGM Resorts International, parent of Macau operator MGM China Holdings Ltd. The former has mentioned the scheme having an initial investment – with other partners – of JPY1.08 trillion.

A proposal for a local referendum regarding Osaka’s tilt at a casino resort has been rejected by the prefectural assembly of that Japanese metropolis, after a vote on Friday.

The imminent return of package tours from mainland China will not only help boost Macau’s tourism businesses, but is also expected to help casinos gain more foot traffic in their mass gaming... END_OF_DOCUMENT_TOKEN_TO_BE_REPLACED