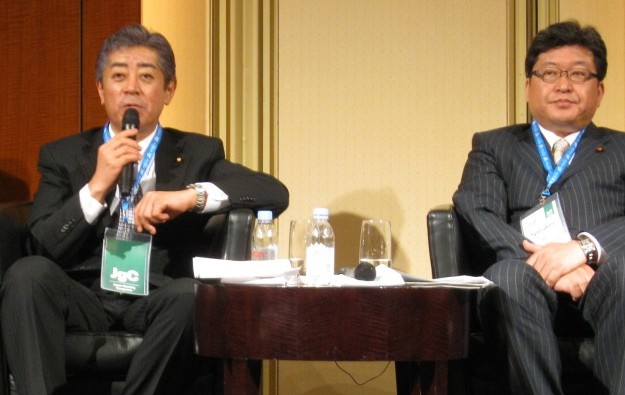 Mr Hagiuda was speaking on the first day of the Japan Gaming Congress, a conference being held in Tokyo to discuss the pending introduction of casino resorts.

Yasutoshi Nishimura, the country’s Deputy Cabinet Secretary, had been due to attend the morning session of the conference, but was reportedly busy on other government business.

In his absence, Mr Hagiuda noted of the casino resort initiative: “It’s about how we can develop the facilities where we can showcase the strengths of Japan.”

He added that the June 20 deadline for passage of the Integrated Resorts (IR) Implementation Bill – relating to the date that the current ordinary session of the country’s parliament ends – was “very tight”.

The IR Implementation Bill – as submitted to Japan’s parliament late last month – proposes an initial cap of three casino resorts nationwide, and a fixed tax rate of 30 percent on any casino gross gaming revenue (GGR) generated by that country’s proposed gaming resorts. It sets a JPY6,000 (US$55) casino entry fee for locals for 24-hour access, and limits casino visits by Japanese to three times a week and 10 times per month in aggregate.

On Thursday, Mr Hagiuda also addressed the issue of domestic opposition to the casino industry.

“Some people say it will destroy Japan… but when you ask them what their objection is, they say ‘I have never been to a casino’… So it seems that some people’s objection is emotional.”

International casino operator Las Vegas Sands Corp has been ranked as the most sustainable firm in the global casino sector, according to the 2023 edition of the S&P Global Sustainability... END_OF_DOCUMENT_TOKEN_TO_BE_REPLACED