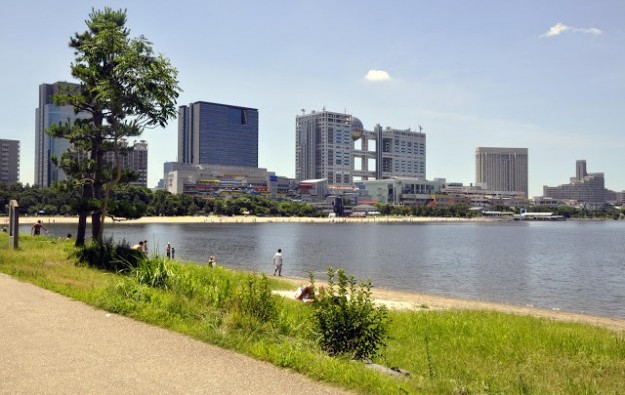 If Japan legalises casino gambling the approval of casino licences should be done through a 2-step process that would involve the Japanese central government and “municipal bodies”, says Masayuki Fukuda, a partner at Nagashima Ohno and Tsunematsu, one of the ‘Big Four’ law firms in Japan.

A bill to legalise the industry is pending in the Diet, the country’s parliament. The Cabinet Committee of Japan’s lower chamber started discussions in June on the enabling bill – known as the Integrated Resorts (IR) Promotion Bill – but parliament is currently in recess until the autumn.

“Under the bill, step one will be for the Japanese government to select the appropriate IR area from the municipal bodies that put themselves forward as candidates. Step two will see the selected municipal body publicly tender and select a private IR/casino operator,” Mr Fukuda wrote in a paper submitted to the specialist publication International Financial Law Review.

It is yet to be decided which minister or ministry will have the power to select the IR area, “but the Prime Minister and the cabinet office are the most likely candidates,” the lawyer added.

Several local governments in Japan have been reported as expressing interest in hosting an integrated resort, including those of Hokkaido, Chiba, Kanagawa, Osaka, Nagasaki, Miyazaki, and Okinawa.

The results of an online survey released last month by Japanese advertising and public relations agency Hakuhodo Inc indicated the waterfront Odaiba district in Tokyo (pictured) was the most popular location for a casino resort in Japan. However, Yōichi Masuzoe, governor of Tokyo, said in June that casino resorts were “not a priority” in terms of his administration of Japan’s capital city.

Whatever the decision from a municipal body, the operator would have “to be licensed and supervised directly by the Japanese government or its agency to develop and operate the IR/casino,” suggested Mr Fukuda’s paper, which is included in the September issue of IFLR.

The approval procedure could also imply a two-tier taxation system. Under the proposed IR bill, the Japanese government and the relevant municipal body “may levy and collect certain fees from those developing and operating casino facilities,” wrote Mr Fukuda, adding that the legal nature of those fees or taxes “is not yet clear”.

Mr Fukuda suggested that once the IR bill is passed by the Diet, a special body headed by Japanese Prime Minister Shinzo Abe could “within a year draft a bill for the Law on the Execution of IR Areas (IR Execution Law)”.

“Once the IR Execution Law is approved by the Diet, licensing and other processes that are necessary for setting up IR areas and IRs will commence,” he added.

Taking into consideration the time for construction of large-scale projects, the opening of the first casino resorts in Japan “will take place four years from now at the earliest,” Mr Fukuda wrote.

The Japanese government last month confirmed plans to set up a new body that would coordinate the different agencies working on the legalisation of casino resorts. It is hoped the move could speed up the process and enable the first such venues to open in time for the Tokyo Olympics in 2020.

While the IR bill does not state a limit, the Japanese government has indicated that the number of integrated resorts will initially be limited to only a few. Hong Kong-based brokerage CLSA said in a report in February that the Japanese government was likely to approve in the first phase of casino liberalisation two large resorts in major cities, and a smaller regional venue.

As reported in June by GGRAsia, some pro-casino Diet members have showed interested in having foreign casino operators involved in integrated resorts in the country. That would eventually be in partnership with “Japanese listed blue-chip corporations,” said Mr Fukuda.

The company said it plans to build its project on Yamashita pier in Yokohama or in Tokyo’s Odaiba waterfront area, Kyodo reported.

According to Mr Fukuda, a consortium involving a foreign operator and a local company would be at an advantage in terms of fund-raising and sharing the know-how that is necessary for the development and operation of large-scale IRs.

Hiroyuki Asakawa, an analyst at Tokyo-based Fisco Ltd, said in a report this month that the initial investment in an integrated resort could be over JPY1 trillion (US$9.8 billion) in the Greater Tokyo area.

Mr Fukuda suggested that normal debt financing might not be available in the earlier stages of development of casino resorts, given the “fluctuating and uncertain nature of the cash flow of the casino/IR businesses”.

“It is likely that the prominent methods of financing will be junk bond financing in the U.S., and equity or corporate finance,” he added.

Casino equipment supplier Sega Sammy Creation Inc said in a Friday release it was debuting its Genesis Crest 43J cabinet in Asia. The product will be available at an in-person trade show, G2E Asia:... END_OF_DOCUMENT_TOKEN_TO_BE_REPLACED