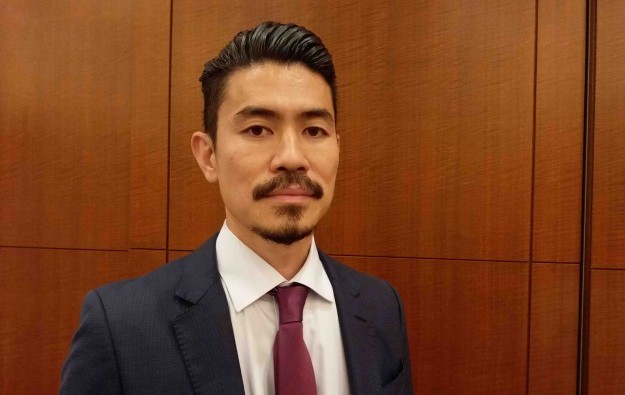 Electronic games for the expected Japanese casino industry are likely to work best when they address the particularities of the local market, says a senior executive with Sega Sammy Creation Inc.

“Japan – not only in gaming but in terms of how the Internet and how mobile phone use grew – has always been different. It’s an island country,” noted Takashi Maekawa (pictured), Sega Sammy Creation vice president for business management and development, in an interview with GGRAsia on the sidelines of the recent Japan Gaming Congress in Tokyo.

Sega Sammy Creation – which already supplies equipment to regulated Asian markets including Macau – was established in June 2013, as part of Japan’s Sega Sammy Group. The parent’s interests include the manufacture of pachinko and pachislot machines for the Japan market, and the production of digital home entertainment products. The group also develops and operates theme parks and resorts.

The Sega Sammy Group has flagged interest in being involved in Japanese casino resort business. It is an investor in the Paradise City casino resort at Incheon, South Korea, which opened in April last year.

Referring to the kinds of electronic games that Japanese casinos are likely to carry, Mr Maekawa stated: “It’s going to be a challenge for all the manufacturers. I don’t know if they will be able to tweak [product] – or if they already have – in order to fit into Japan, but it’s definitely not going to be the same type of game that works elsewhere.”

Japan’s governing coalition has stressed that a driver of the casino policy is to boost inbound foreign tourism. But the authorities have also acknowledged there are likely to be significant numbers of local players, and have proposed they should pay an entry levy.

Mr Maekawa stated, referring to the casino debate within Japan: “Everyone’s focused on ‘problem gambling’. I think he [Mr Oguchi] looks at it more in terms of not focusing too much on gambling… Having fun when actually playing those games… is what Sega Sammy Creation is about and always will be.”

The vice president of the casino supplier noted that in Nevada, in the United States – home to Las Vegas – one recent approach had been to regulate and develop so-called “skill-based” slot games, where a portion of the statistical percentage return to player is reserved for a play element involving skill or judgement by the game user.

“In terms of combining gambling and entertainment, as much as we would like for it to be a great combination, no one’s found it just yet,” observed Mr Maekawa.

“The president of our company [Mr Oguchi], from his experience in that role and also being head of research and development, he has some great ideas in mind where he believes he will be able to make a good new concept,” said the executive.

Referring to other Japanese companies involved in the production of casino electronic games, the Sega Sammy Creation executive said: “I think not only Sega Sammy but our friends out there – everyone that has the same kind of background – are highly expected to introduce something that is new, innovative and entertaining. It is expected that we will have something for Japan, since we are Japanese companies.”

Mr Maekawa said of the topic: “I think it will involve a group effort; and when I say ‘group’, it’s not only the suppliers but everyone that is involved in casino gaming.”

He added: “When a market’s trying to change, or when a market’s trying to do something new, it can’t all be on the manufacturer. It has to be a collaborative effort with the regulator as well as the operators. So even with skill-type games, currently it’s really all on the suppliers to bring [to market] something creative. But who’s going to make the floor open to new players? A supplier can’t do that on their own. So the casino would need to show effort to bring in new crowds. Understanding and support from the operator would be important when you are trying something new.”

A “big topic” for Sega Sammy Creation in 2018 was its entry into the U.S. casino equipment market, starting in Nevada. That could be an important learning process for the brand, notwithstanding the likely particularities of the Japanese market, said Mr Maekawa. A date of 2025 has been mentioned for the launch of an initial Japanese gaming resort.

“By the time a casino is realised in Japan, we will have enough experience… we will learn… and at the same time have something new that’s going to be ready for the Japanese casinos,” he stated.

Macau’s health authorities said on Sunday that they would require all people wishing to enter the city’s casinos not only to have their body temperature measured and to display a... END_OF_DOCUMENT_TOKEN_TO_BE_REPLACED