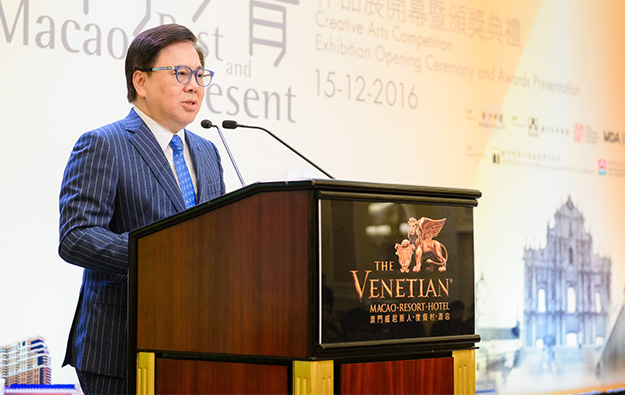 The recent legalisation of casino gambling in Japan should not impact Macau in the short term, as it will take some years until the first Japanese casino opens doors, says Wilfred Wong Ying Wai, president and chief operating officer of Macau-based casino operator Sands China Ltd.

Mr Wong added that Macau and Japan would have different allure as gaming markets. The Sands China executive added he remained confident on the prospects of Macau’s casino sector.

He was talking to media on Wednesday on the sidelines of a public event.

Mr Wong also said – as quoted by public broadcaster TDM – that the majority of visitors to Macau’s casino resorts were from the south and central parts of Mainland China. He added that potential Chinese visitors going to gamble in any casino resort in Japan would more likely be from mainland China’s northern areas.

Legislation making legal casino gambling in Japan came officially into effect on December 26.  The measure – referred to by its supporters prior to its enactment as the Integrated Resorts Promotion Bill – got the final approval from Japan’s parliament on December 14.

Mr Wong also confirmed on Wednesday that the Las Vegas Sands group – which controls Sands China – remained interested in investing in a casino resort in Japan.

Las Vegas Sands has had people paying frequent visits to Japan, group chairman and chief executive Sheldon Adelson said last month. Mr Adelson added at the time that the outlook for casino gaming in Japan was very positive, and said that his firm was “in touch with Osaka quite frequently”.

The major cities of Tokyo, Yokohama and Osaka have been mentioned in media reports and analysts’ notes as leading contenders for large-scale casino resorts in Japan.

He said that business at casino resort Parisian Macao, opened on September 13, was in line with company expectations. Mr Wong added that the property had been recording steady growth in mass gaming revenue, fuelled by an increase in visitors.

Mr Wong was also reported as saying he expected Sands China to post year-on-year growth in revenue for December due to this year’s extended Christmas holiday break.

Macau reported a 6.9 percent year-on-year increase in inbound visitor arrivals – totalling 880,000 tourists – in the Christmas holiday period of December 24 to December 27, according to data from the city’s Public Security Police.