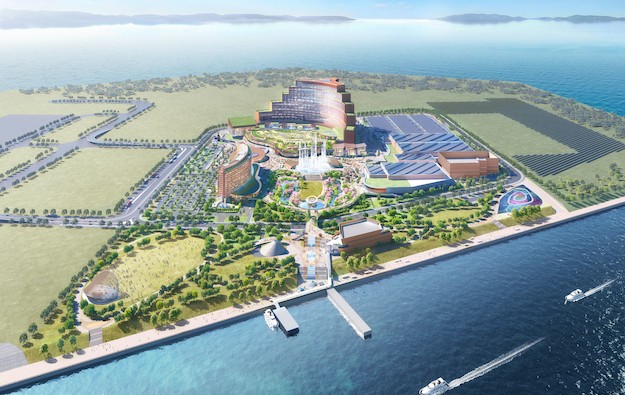 A national MP for Osaka who heads the Japan Innovation Party says it believes that Osaka’s Integrated Resort (IR) District Development Plan for a tourism complex including a casino, will get approval from the national government before the end of January.

Nobuyuki Baba said – as cited by media in Japan – that this was based on his party leadership’s discussions with the national government and the main grouping in power, the Liberal Democratic Party (LDP), though he did not identify anybody by name.

“Top people of the [Japan Innovation] party have worked on the government and LDP. The party now has come to think that the government would give a decision, which should be positive for Osaka, before the Diet session starts,” Mr Baba was quoted as saying on Thursday.

That is according to information collated by GGRAsia’s Japan correspondent. Japan’s next parliamentary session is widely expected to start in January. The most recent, extraordinary, session concluded on December 10, according to the parliament’s website.

Osaka’s IR plan was submitted for scrutiny by the national authorities in late April, and a number of politicians – including Mr Baba – has recently called on them to expedite the process.

In November, Ichiro Matsui, mayor of Osaka, said the local authorities – the city and prefecture are joining forces on the IR tilt – had been asked by the national government to submit additional documents explaining how and when the local authorities would resolve issues linked to their proposal, including the land at Yumeshima island in Osaka Bay, on which it will stand.

On Thursday, the Osaka local authorities launched a public consultation – due to run until May 10, 2023 – regarding what is referred to as “phase 2” of Yumeshima, an artificial island.

The Osaka IR – which will have its own, separate 49-ha land plot on Yumeshima – would be part of the overall development project for the artificial island, according to Mayor Matsui, as cited by GGRAsia’s Japan correspondent. The promoters for an Osaka IR have expressed hope such a facility can open by the end of the current decade.

On Tuesday, Hirofumi Yoshimura – the governor of Osaka prefecture and party head of Osaka Ishin – announced he would run for the governorship again. An election is due in April next year.

He said his manifesto would be to “implement a growth strategy in tandem with Osaka city”. Its main planks would be Expo 2025 and the IR project.

International casino operator Las Vegas Sands Corp has been ranked as the most sustainable firm in the global casino sector, according to the 2023 edition of the S&P Global Sustainability... END_OF_DOCUMENT_TOKEN_TO_BE_REPLACED