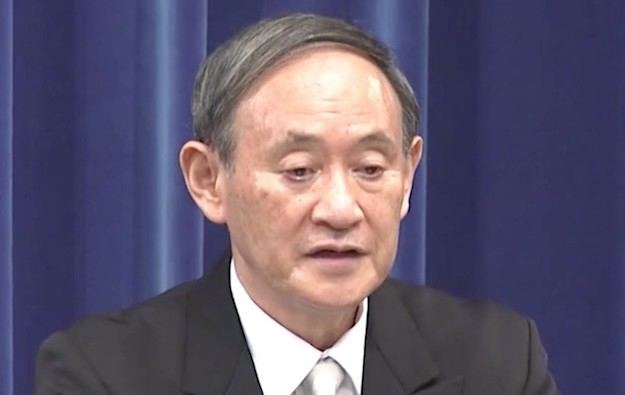 Japan’s recently-installed prime minister, Yoshihide Suga (pictured in a file photo), reiterated on Wednesday his administration’s commitment to creating casino resorts to boost inbound tourism. His comments were made during a session of the lower house of the country’s parliament.

“Casinos are there in 130 countries and regions. It is planned that Japan integrated resorts [IRs] are to have international exhibition facilities, convention facilities, and large hotels to entertain whole families,” Mr Suga told a plenary session of the House of Representatives, according to information collated by GGRAsia’s Japan correspondent.

In Japan the term “IR” is used to denote large-scale leisure complexes containing a casino, hotels, shops and facilities for meetings.

Three such complexes are to be permitted in a first phase of market liberalisation, under a public policy pursued initially by Mr Suga’s predecessor Shinzo Abe, who resigned in August, mentioning concerns about his health.

Mr Suga was cited on Wednesday as saying the casino-resort initiative was an important step in Japan advancing as an international tourism destination. He added that the nation was going ahead with the IR policy as stipulated by specific legislation already passed on the topic and other laws.

Japan currently has significant restrictions on inbound travel by foreigners, as part of local Covid-19 countermeasures.

The health crisis has pushed back by nine months – to October 2021 – the timetable under which the national authorities will start accepting bids from local governments interested in hosting a casino resort.