Japan to lift state of emergency in Osaka, other regions 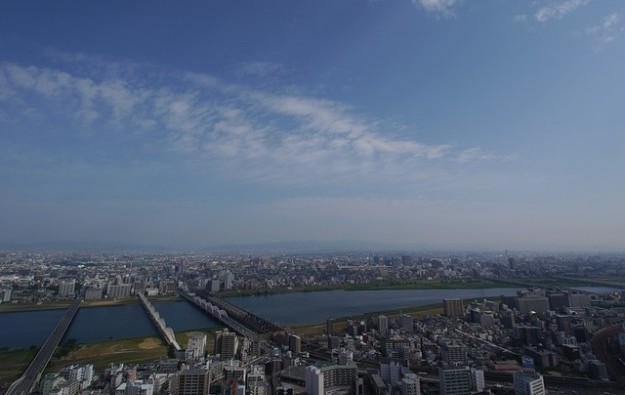 Japan will lift its state of emergency order in Osaka (pictured), Kyoto and Hyogo on Thursday (May 21) as the number of new Covid-19 infections in each of the three prefectures has remained low, the country’s Economy Minister, Yasutoshi Nishimura, confirmed to reporters that day.

The emergency declaration will be kept for five other prefectures, including the Tokyo area and Hokkaido, he added.

“I believe it is safe to lift the state of emergency in Kyoto, Osaka, and Hyogo given that the number of new infections in recent days is under 0.5 cases per 100,000 people and medical services are under control,” Mr Nishimura said at a meeting with medical experts, which was open to the media, reported Reuters news agency.

Mr Nishimura made the announcement after the meeting of a designated panel of experts, who must give approval on such decisions. The panel signed off on the move, said the media outlet.

The coronavirus pandemic has already had an impact on the preparation process involving some places in Japan that are looking respectively to host an integrated resort (IR), as large-scale casino complexes with supporting tourism facilities are known in that country.

A maximum of three casino resorts will be permitted nationally in a first phase of Japan’s gaming market liberalisation. After selecting a private-sector partner, eligible local governments will then need to apply – during the first seven months of 2021 – to the national government for the right to have such a project.

On March 27, the Osaka authorities said the submission deadline of its request-for-proposal (RFP) process had been delayed to July, instead of April. Subsequently the mayor, Ichiro Matsui, flagged that the RFP might be put back even further.

Earlier this month, U.S.-based casino operator Las Vegas Sands Corp decided to pull out of the race for a Japan casino, stating that the framework around the development of an IR had made the firm’s “goals there unreachable”.

Japan’s government had extended the nationwide state of emergency until May 31, aiming to stem new cases of Covid-19 infections in the country. But the authorities started gradually lifting the restrictions in different regions of the country.

The Japanese authorities have been focusing on three criteria to decide whether to end the emergency: the number of new cases; capacity to provide medical services; and the efficiency of monitoring systems.

Under the state of emergency, people should refrain from cross-prefectural travel, as well as trips to entertainment venues, such as nightclubs or live music venues. Under Japan’s emergency declaration, essentials shopping trips, hospital visits, walks or jogging activities are still allowed.

While Japan hasn’t experienced the surge in cases seen in some countries, experts have warned of the risks of loosening restrictions too soon, as limited testing could make it hard to assess the scale of infections. The ‘state of emergency’ designation enables regional governors to request businesses to close down and ask people to stay at home as much as possible.

Japan had about 16,424 confirmed Covid-19 cases and 777 deaths as of Wednesday, according to that country’s health ministry.

China has moved one step closer towards reopening, by relaxing some its Covid-19 control measures, with most infected people now able to quarantine at home rather than in state-sanctioned... END_OF_DOCUMENT_TOKEN_TO_BE_REPLACED